A Holiday Field Trip to Remember 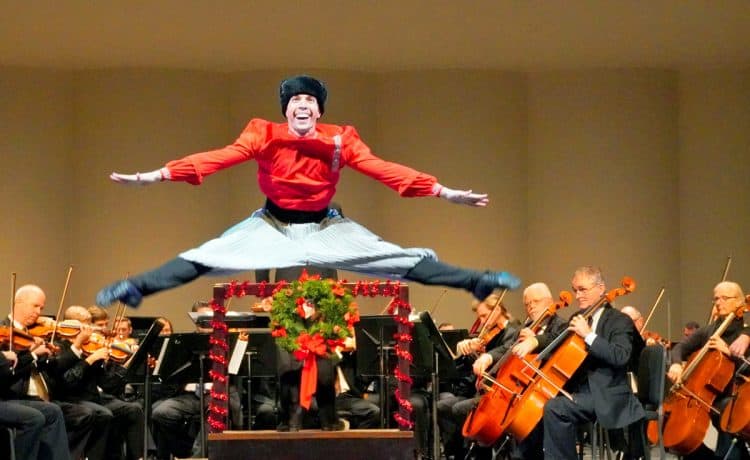 Photos by Mayor George Cretekos and used by permission unless otherwise noted.

I can recall my field trips of long ago. A trip to the aquarium, a play. Nothing really special. But the chance to get out of school for a day? Awesome! If I was really lucky, I had enough money to purchase a pencil from the gift shop.

Every year in Clearwater, over 5,000 grade-school kids from around the city are treated an amazing field trip: a live performance at the annual Steinbrenner Christmas concert (and more!) And this year, my third-grade grandson happily was one of them.

Incredibly, the Steinbrenners and the New York Yankees have been presented this phenomenal endeavor for 31 years.

The concert on December 10, 2019 at Ruth Eckerd Hall opened with the Pinellas County Sheriff’s Department Honor Guard presenting the colors for the National Anthem. The Florida Orchestra was under the direction of Associate Conductor Daniel Black. The Palm Harbor University High School Afterschool Ensemble delighted the students with a different rendition of “The Twelve Days of Christmas.” As the Florida Orchestra played from Tchaikovsky’s “The Nutcracker,” dancers from the Ballet Theatre International pirouetted and jeted across the stage. The “trepack” is a traditional Russian/Ukranian folk dance that is a highlight in “The Nutcracker.” For the finale, the Tampa Tarpons mascot Blue and Santa Claus joined emcee Mark Wilson and the other performers for another Christmas medley which concluded with “We Wish You a Merry Christmas.” Santa Claus greeted each of the students as they departed the hall. But what was in the bags of goodies turned out to be nothing short of amazing.

So much better than a pencil.

Photos by Mayor George Cretekos and used by permission unless otherwise noted.