A Note of Thanks from Mayor George Cretekos 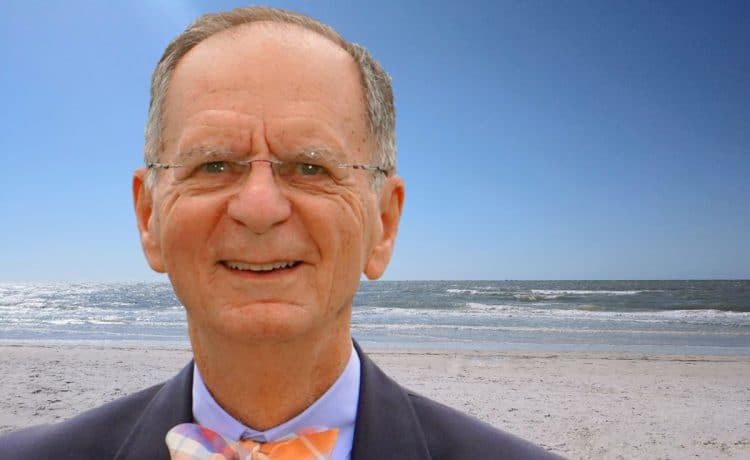 Now that my term as Mayor of Clearwater is ending, it is hard to believe that more than 50 years have passed since I began as a student intern in a congressional office while at Davidson College.  I will never forget Christmas Eve, 1970 when Congressman-elect C. W. Bill Young called me to offer me a position on his Washington, DC staff.  Having earned my MPA, I was working for Congressman Bill Cramer who had been defeated in the November 1970, United States Senate contest by Lawton Chiles.  Thus began a career and a new life blessed in so many ways, I do not know where to begin expressing my appreciation, so please indulge me as I reflect upon a few.

My parents and the community of Tarpon Springs with its St. Nicholas Greek Orthodox Cathedral laid the foundation for those of us growing up in Tarpon then considered “miles” away from Clearwater and the rest of the county.  Mom and Dad worked hard so that my sister and I could concentrate on our studies and on having experiences they, as kids, could have only imagined.

Father Constantine Raptis and His Grace John, Bishop of Amorion continued to nurture me in my Orthodox faith and reminded me that the church wants good priests, but that society always needs “good servants.”

Dr. and Mrs. John Karaphillis convinced my parents that I should go to Davidson College so they could take family trips to Charlotte, North Carolina.  After my freshman year, however, their daughter transferred to another school.  Nevertheless, I know now that being a Davidson alumnus was one of those blessings one does not necessarily realize until later in life.

How do you say “thanks” to Congressman Bill Young for a job that defined my life.  It was a special privilege to have been able to learn from him and to have him as a mentor.  He gave me the opportunity to serve the people of this congressional district, and I only hope that he is as proud of me as I am of him.

To the people of Clearwater and the city’s employees, I extend my most sincere appreciation for the confidence expressed by allowing me to represent and to serve as a councilmember and as mayor.  With my term ending, some may say “it’s about time;” but, I hope that even they respect me for the way I approached my role as an aide and as an elected official.

As I conclude, let me also thank Fred and Linda Horns who introduced me to Carolyn.  From the very first time I met her, I knew she was the person I would want by my side for the rest of my life.  She has endured and sacrificed; but, she has always been there.  I give thanks every day for my being able to stand with her as her husband.

Thank you, and may God’s unseen hand bless and guide each of us now and unto the ages of all ages.

(George Cretekos is Mayor of the City of Clearwater and can be reached at 727-562-4050 or at george.cretekos@myclearwater.com)