At the Feet of Aristotle 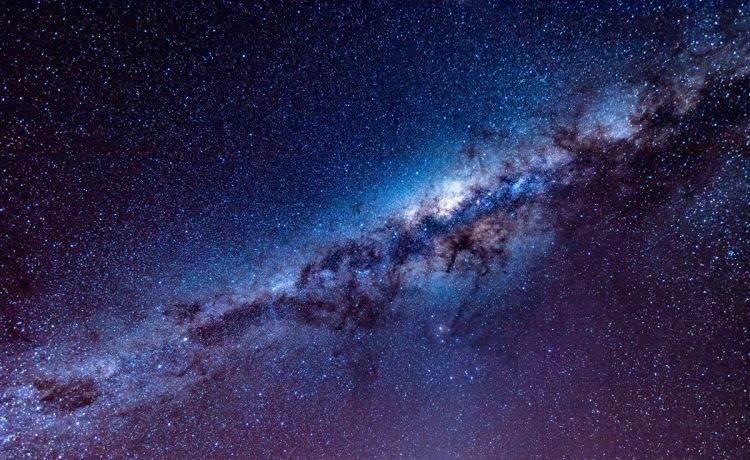 I have some philosophical and hypothetical questions I’ve been wrestling with during our home confinement hours, and they may vex you as well. Check these out and see what you think.

Disproving a Law of Mathematics?

It’s said that mathematically you can keep dividing something in half for infinity. Take two points a distance apart, divide that distance in half, and you can keep doing that forever.

But what if I could set up a high-speed camera and take a picture of the tip of an arrow I’m shooting at a target when it gets halfway to the target? That halfway point now begins the starting point as I reposition the camera halfway between the new location of the arrow tip and that same target. Another picture is taken halfway. I keep repeating this process, the tip of the arrow measured from the last halfway position to the same target and snap another pic halfway.

Based on the theory of infinity, I could theoretically keep taking halfway pictures forever without the arrow tip ever reaching the target. But we know it does reach the target. So Archimedes, the Father of Mathematics, what gives?

Does a Tree Fall in the Forest?

You’ve heard this one before: If a tree falls in the forest and there’s no one present to hear it, does it make any sound? Some say yes, some say no.

Those who say no argue that it’s all based on personal experience. If I’m present when a tree falls, I’ll hear it. If it falls when I’m not there, it didn’t make any sound simply because to me it never even happened. If someone else or a woodpecker is present and the tree falls, it will make a sound as it hits the ground but only to them, not to me.

Taking that position further, anything that’s happened in history anywhere in the universe is something you may believe by reading or hearing about it, but none of it personally happened to you. A fly might land on the head of a camel in Egypt, but in your realm of reality it never occurred. If we did perceive virtually everything, our brains could not process it.

The opposing view is the existence of the law of physics. Just because you’re not present when a tree falls in the forest doesn’t mean it didn’t make any noise when falling. You don’t have to be present for that to happen, and felled trees we later see proves they didn’t grow that way — they fell.

To say that nothing ever truly takes place outside your own senses seems to be quite arrogant. So Lincoln never existed? World War II didn’t take place? There’s no reality of a living or non-living thing outside what you can personally see, smell, hear, taste or touch? Are all history books and images and films essentially fiction unless things happened to you? That doesn’t seem likely.

Which side are you on? I’m more in agreement that a butterfly in the Amazon does not, to me, exist if I never experienced it. Therefore – pardon the pun – I fall on the side that if a tree falls in the forest and I’m not there, there’s no sound because to me it didn’t happen.

Life on Other Planets?

The extent of our universe is almost impossible to comprehend. Billions of stars, planets, galaxies and solar systems. That being the case, could there not be other planets with identical conditions to Earth? The existence of star light, oxygen and water have given forth to life as we know it. And, planets with different conditions may have also given forth to forms of life as we don’t know it. This can be true whether you believe in the Biblical origins of life or evolution.

So I ask: How narcissistic can we be to believe we’re the only living beings in the entire universe? Hand in hand with this topic is the existence of UFOs, which many people say is pure science fiction while others are fervent believers. My thought is again the numbers game: Of the thousands and thousands of sightings of unidentified flying objects, if only ONE of them is true, that means they do exist.

Taking this further, if you believe that aliens from another planet do exist, it only follows that sooner or later we’ll make contact with them (provided we haven’t destroyed ourselves). Or, we may be the aliens in the future when technology allows visits to other planets. Some say aliens have already visited Earth; some people claim to have been kidnapped, beamed aboard a spaceship and examined.

True story: My dad was an Air Force officer and in 1966 was in charge of security at Warren Air Force Base in Cheyenne, Wyoming. One day he received orders to send a helicopter to a certain location in Nebraska where two military jets had a run-in with a UFO. The UFO got too close and one of the jets fired and hit it. A small chunk of the UFO fell to the ground and the UFO zipped away until it disappeared from their radar screens. The chopper retrieved the chunk and it was subsequently flown to Wright-Patterson AFB in Ohio. The alloy of the chunk was unlike any metal known to exist on Earth. That made dad — and I — believers in UFOs.

Back in the 1980s, a very popular seminar was being held around the nation by an organization calling itself EST. Hundreds of people would attend for full-day sessions on a Saturday and Sunday, during which time there were no bathroom breaks or lunch times. A speaker would eventually drive home the message that we are exclusively responsible for our own experiences.

In other words, if we’re stuck in traffic and start fuming and cussing, it’s not the traffic that got you mad, it’s YOU that got you mad. Traffic was just doing traffic. If you lose your temper arguing with someone, it’s not that person that got under your skin, YOU allowed it to happen.

The purpose of EST was to teach and resurrect a somewhat old principle that we are the pilots of our own lives. I buy that, but also recognize that sometimes we cannot be robotic and simply blank-out certain emotions. For example, if a loved one dies, I’m going to grieve. I could try not to grieve, but to me that would be impossible to do. However, we cannot let grieving turn into depression. Life goes on, and the less baggage we can carry going forward will make our lives less stressful.

Therefore, it really comes down to simply how we cope with circumstances. But I admit that when stuck in traffic, I still fume and cuss!

I’m a Christian and believe in God. I was baptized. I sang in a choir at the United Methodist Church of Coral Gables in Miami. But perhaps my grasp of religion isn’t deep enough to grapple with this conundrum:

If God is good and God is omnipotent, why is there evil in the world? Does the presence of evil people and evil deeds mean that God is not omnipotent after all? Or, are we being tested in this flesh-and-blood life so God can assess whether we’re worthy of Heaven? If we die and don’t go to Heaven, do we go to Purgatory, Hell or do the worms eat us and that’s it?

My parents were atheists. That’s because my brother Bobby was born normal, but unbeknownst to my parents and military doctors in 1953, they didn’t realize he was allergic to milk. By the time this was recognized, the lack of nourishment to an infant’s brain caused damage. Bobby almost died but survived — with a severe case of cerebral palsy.

How, my parents wondered, could God rob Bobby of a normal life and, correspondingly, of them a normal parenthood? Bobby could not feed himself, clothe himself, walk, talk or go to the bathroom by himself. He needed around-the-clock care. His IQ was figured at 29. On top of that, he developed macular degeneration and went blind. Nonetheless, to their credit mom and dad didn’t abandon him, and Bobby was raised in our household as part of the family until he passed at age 43.

It’s often said that God works in mysterious ways. Maybe so. I don’t know the answers, of course, but faith is faith and I still pray every night and continue to believe in God.