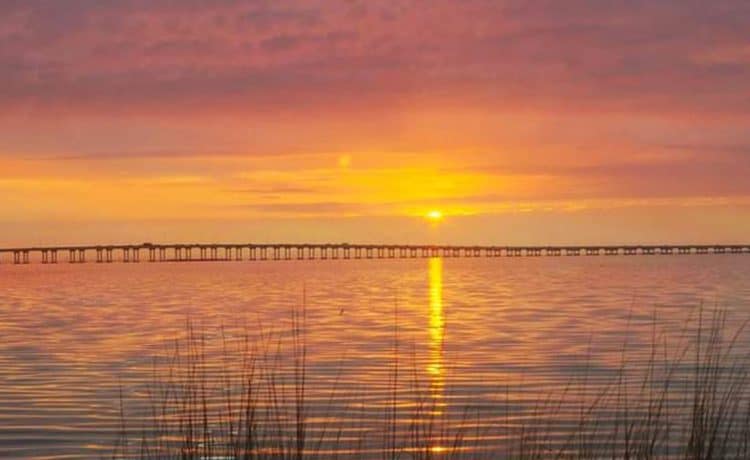 I love bridges. I even loved Lloyd Bridges and his 1950s TV diving series “Sea Hunt,” but that’s not only irrelevant to this article, it also lays bare the fact that I’m an old-timer.

Nay, I speak here of the bridges traversing bodies of water to connect portions of land. In Clearwater we have four such notable bridges: the Clearwater Memorial Bridge extending from downtown Clearwater to Clearwater Beach; the Sand Key Bridge extending from Clearwater Beach to (duh) Sand Key; the Courtney Campbell Causeway Bridge connecting Tampa to Gulf-to-Bay Boulevard in eastern Clearwater; and the Bayside Bridge that’s a western extension of McMullen Booth Road leading to the St. Petersburg/Clearwater International Airport. The terminus of the latter bridge is 49th Street North, with the Feather Sound area to the east, Largo to the west and St. Pete to the south.

Yes, the Skyway Bridge is way cool, but that’s in St. Pete, not Clearwater. The name of this blog is Colorful Clearwater, right? Ergo, I’m sticking to the theme because I’m a loyal Clearwater resident and I’ve been promising Kelly this piece for weeks. Procrastination should be my middle name.

For some reason the Bayside Bridge (let’s use “BB” for short) fascinates me, even if – quite truthfully – I find the Memorial Bridge far more romantic in its traverse of the picturesque Intracoastal Waterway. To be sure, the BB is not tall, long or pretty. Then again, neither am I. But my lame self-deprecating humor aside, I admire this girder bridge’s uniqueness and usefulness, not the least of which being a handy bypass of the alternative: going around usually congested U.S. Highway 19.

BB is built like a pit bull: low to the ground (waterline, actually), stout and strong. The three lanes in each direction are seldom jam-packed, thus allowing for letting the right foot to lay a bit heavier than normal on the gas pedal. True, the speed limit is 55 mph, but going at the legal limit will have you reading lots of bumper stickers as the vehicles pass you like a tricycle in a NASCAR race.

Some say the bridge on the south end used to be quite bumpy, causing your vehicle to bounce in what was known as “The Bayside Boogie.”

At sunrise on the northbound side of the BB, on a clear day you can catch a nice skyline city view of Tampa in the distance over Tampa Bay; for those intrigued by the dark side of the force, those cruising southward on the way to 49th Street can’t miss the county jail and the plethora of adjacent bail bond shops. Ugh.

Ribbon-cutting on the new BB took place June 2, 1993. When first conceived, the cost of the $71 million bridge (yes, you read that right!) was to be funded by tolls. Fortunately, a “Penny for Pinellas” gas tax instead prevailed, making the necessity of pesky tolls and the construction of a toll booth on the south end of the BB unnecessary and thus preserving valuable marshland.

Take a drive on the BB, and while it won’t make your list of the most beautiful vistas in the world, it won’t be on your list of the ugliest sights either. Plus, it darn sure beats getting stuck in rush-hour traffic on U.S. 19. 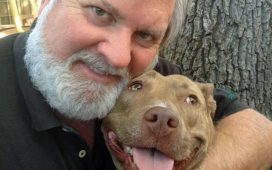