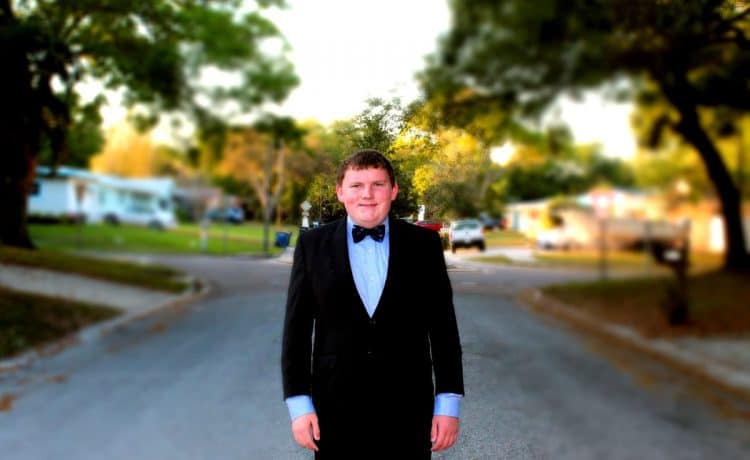 For my entire life, I have been fortunate enough to call Clearwater my home, and during this time I’ve been able to meet a lot of wonderful people and take part in a lot of exciting things. All of those great experiences remind me of how fortunate I am to live in paradise. More than some might realize, Clearwater is a lot more than just a city with a beach – it’s a city with residents and leaders who are committed to making our community better. This eagerness to better our city stems from a lot of different places, organizations and groups unified in helping to benefit us all.

At the age of eight, I became exposed to one of these groups, which I believe helped spark my interest in local government and in our community as a whole. I recall attending the first Clearwater Neighborhoods Coalition Meeting 10 years ago, accompanying my father. But more importantly to me at the time, I focused on the toy cars I brought to play with. Although I must admit I didn’t pay too much attention to the details of that meeting, I began to take more interest in this organization and its goal of giving neighborhoods a voice.

As time progressed, I remember becoming very intrigued in the 2012 Clearwater City Council election, where I got to hear different ideas from candidates on how they wanted to improve Clearwater. This council race, and the activism demonstrated by many in our community, encouraged me to become involved. After much listening, observing and networking, my first big step in doing this consisted of expressing interest in becoming the Secretary for the Clearwater Neighborhoods Coalition. For some, it was perplexing as to why a young student under 18 would be interested or qualified for an important position such as that. But through the belief of members of the Coalition, they selected me to be their Secretary. This experience provided a wealth of knowledge for me, including exciting opportunities to serve as a member on the Clearwater Charter Review Committee and to be a graduate of Clearwater Citizens Academy. Those activities bolstered my knowledge of the city and ultimately exposed me to the numerous people who care deeply about our city. Although I have been fortunate to be involved for many years, March 17th marked the first time that I was able to cast my ballot in an election. This was so exciting for me, but with the many other things going on, I didn’t have a lot of time to really think or reflect on that. Putting aside the Primary elections, the Clearwater City Council elections affirmed some predictions but also surprised others. Now that the election is over, its’s time for Clearwater to unite for the good of our city and community.

The activities in which I’ve partaken showed me the positive attitudes that so many have in the overall betterment of our city. Through these exciting experiences, I’ve seen some of the tough challenges that our local elected officials have faced, but the culmination of city issues such as Imagine Clearwater, coupled with the outbreak of the Coronavirus, now more than ever makes uniting our city a more pressing objective.

Trust is a critical aspect in Clearwater and in our community in ensuring that residents trust their elected officials to make the decisions that are in their best interests. In some instances, it can be hard to give trust to something, but with a strong belief in our elected officials here in Clearwater, I know that I can trust them to make decisive decisions that will benefit our city. I hope that you feel that way too so that together we will prevail in these challenging times.

This past election truly signaled a great deal of interest that many residents have in Clearwater and its future. Through increased activity at candidate forums, public meetings and other events, I have seen more involvement in our city today than I ever have in my years of involvement. This type of engagement is so exciting to me because it makes it clear that many residents are invested in Clearwater and the future direction that it takes. Now that the election is over, I hope that residents will not cease their engagement in the city, because through their activism, it not only strengthens Clearwater as a city but it also strengthens our community and brings us together.