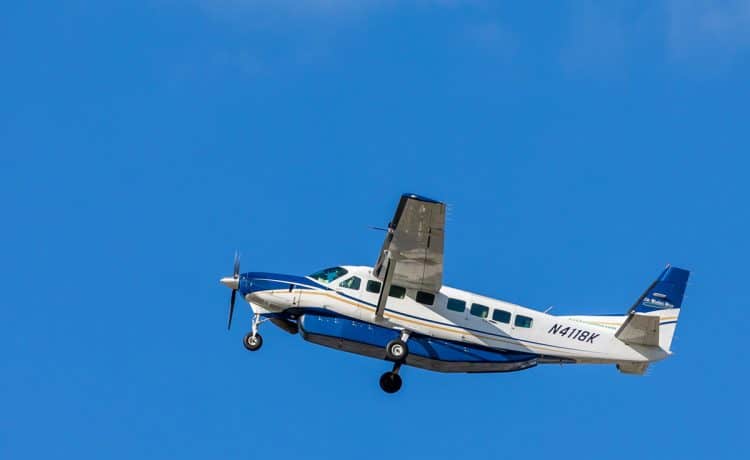 There’s something neat Cessnas, Beechcraft, Embraers, and other private planes parked in a shiny row under a sunny winter sky. Even buttoned up under a tarp and pegged to ground anchors, a Beechcraft Bonanza cries out for adventure – a run to Arizona over the windblown Rockies or a quick flight down to Key West for the weekend. The City of Clearwater Airpark, opened in 1939, sits right in the middle of the city, at 67 feet above sea level. Because it’s out of the coastal flood evacuation zone, the Federal Emergency Management Administration and other federal agencies mark it as a good staging area for medical and other emergency supplies. It’s also closer to the beach and downtown than PIE Airport. When hurricanes are headed to South Florida, the airpark is also a popular stop for refueling before pilots and their families head out of harm’s way. The 4,108-foot, asphalt runway runs along the length of the private Landings Golf Club, providing golfers with a great reason to avoid hooking or slicing their drives. The 64-acre airport is a busy one, with lots of local pilots taking advantage of the good flying weather. Even on a recent Saturday, with a 20 knot wind crossing the runway, pilots were in their seats, rocking a bit as their planes left the runway and into the blue. Nearby residents off Hercules and Belcher Road know the airpark is a popular place for plane watchers to sit and observe. R-22 and R-44 helicopters with the tall masts are a common sight – they belong to Tampa Bay Aviation, which provides beginner to advanced fixed-wing and helicopter pilot training. Their helicopters are seen along the beach, out by U.S. 19 and everywhere else as they give tours, too. Skyway Aviation Services, which is also based at the airpark, offers a variety of private charter aircraft in the Tampa Bay Area. Finally, Liberty University also offers a bachelor’s of science degree in aviation at the airpark. The airpark underwent improvements in 2020, most notably new barriers and fencing, security cameras, and guard shacks at entrances to the fields and hangars. The money for the security changes came from grants from the Florida Department of Transportation. Its $13.6 million capital improvement plan includes $2.4 million for a new terminal, perimeter security, $4.684 million for new hangars and other improvements. They will come, slowly but surely, said Ed Chesney, the city’s Marine and Aviation Director. He’s also in charge of the multi-million dollar redo of City Marina in Clearwater Beach.

Meanwhile, the airpark is preparing for its annual open house for families and airplane enthusiasts in May. There will be vintage aircraft on view as well as flight demonstrations, Pinellas County Sheriff’s Office displays, and Clearwater Fire & Rescue equipment on site.

Flight instructors will be at the open house to describe the process of obtaining a pilot’s license. For more information, call the airpark’s fixed-base operator at (727) 443-3433 or email them at bcflyher@gmail.com.