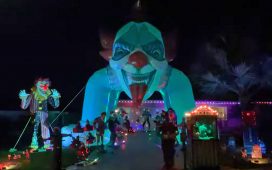 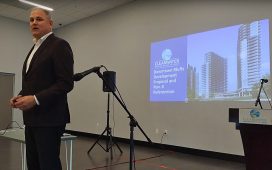 Why should two-legged family members have all the holiday fun?

This unique pet parade was presented by the Downtown Clearwater Merchants Association in partnership with  12 Days of Christmas Clearwater Beach and the City of Clearwater Community Redevelopment Agency.

The parade wound its way down the 400 – 600 blocks of Cleveland Street in Downtown Clearwater.

Pet owners had opportunities to take pet photos with The Grinch and Cindy Lou Who before the parade. The parade ended at Station Square where the judging took place. There were more opportunities for pet photos with Santa. Santa Claus is Coming to Clearwater