The first program in the 2022 Clearwater-Nagano Virtual Exchange series showcased Sensei Jeanne Houlton of the Ichiyo School, who demonstrated the traditional Japanese art of Ikebana, or flower arranging. While Ikebana has been practiced for over 1,000 years in Japan, the Ichiyo school was founded in 1937.

Jeanne has practiced Ikebana for several decades and is the president of the Ichiyo Florida chapter, as well as a former president of the Ikebana International St. Petersburg chapter. Learn more about her in this article. This event was held in-person on May 27 at the Countryside Recreation Center and streamed live for those in Japan and other areas who are unable to physically attend. Though the live stream of the program was available in English and Japanese, the recording is only in English. Nagano (pronounced NAGA no), Japan has been Clearwater’s Sister City since 1959. The cities have benefitted from many cultural exchanges.

Nagano is the capital and largest city of Nagano Prefecture, located in the central Chūbu region of Japan. The city is surrounded by mountains, near the confluence of the Chikuma River – the longest and widest river in Japan – and the Sai River.

The city of Nagano is home to Zenkō-ji, a 7th-century Buddhist temple that is listed as a Japanese national treasure.

The city of Nagano and several surrounding communities hosted the 1998 Winter Olympics and the 1998 Winter Paralympics. Nagano City is an important historical location, an industrial center, as well as a travel destination and a center for accessing surrounding sightseeing spots, including Japan’s onsen-bathing (or hotsprings) snow monkeys in Yamanouchi and world-class ski resorts throughout the year. 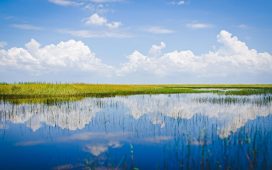 Sounds of the Everglades in Downtown Clearwater 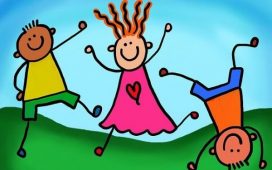