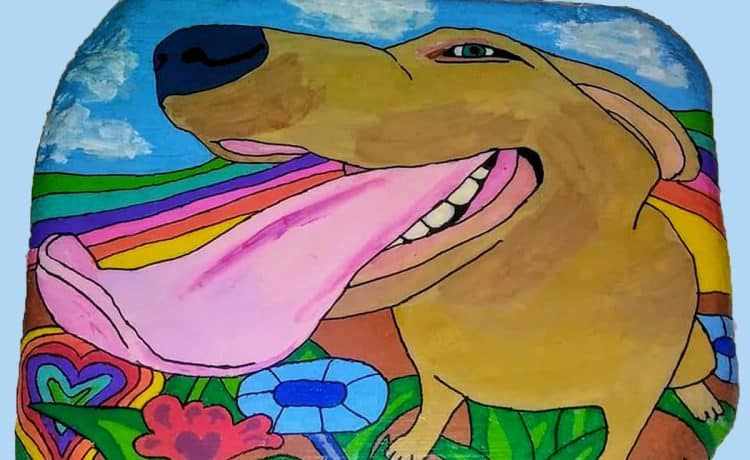 Maybe you’ve already found one. Perhaps you didn’t know they existed. On your next social-distanced walk around your neighborhood – perhaps with your furry friend – keep your eyes peeled for a brightly colored rock – hidden at the base of a fire hydrant, behind a bush, or even up in a tree.

These little painted stones are bringing happiness and creating a sense of community. In a time when we all need some smiles and reassurance, people are using creative ways to spread encouragement.

You don’t have to be an artist to paint rocks. A simple design or message of hope is all it takes to brighten someone else’s day.

Several local Facebook groups (such as Clearwater “Rocks” 2) post photos of rocks to look out for in a park or general area. Group members and artists are affectionately referred to as “Rockers.”

Others post pictures of rocks they have found to let the artist know that his or her creation has found a home – such as my grandson Jaedyn, who found this rock during Clearwater’s Miracle on Cleveland Street. Denise Lambert conveyed this story about her rainbow of painted rocks outside of her home: “A few years ago my family surprised me with a 50th birthday party. I have always loved rainbows, ever since I was a little girl. I wear them proudly love them I’m like a kid with them. So my party was basically pretty much everything rainbow! Being that I am the Administrator for the Clearwater “Rocks” 2 Facebook page, my niece, Brittany, was in charge of a rock painting table for me. She had everybody at the party come over and paint a rock for me and all the colors of the rainbow. And they could write a message or their name or anything that they wanted to put on it. After the party, it took a while but we eventually cleared a spot in my front yard underneath my dining room window. My husband poured a slab of concrete and we painstakingly put each of the painted rocks for my friends and family in the shape of a rainbow. The white ones were used as clouds. I told my husband he’s one hell of a guy to comfortably have a rainbow in his front yard! The paint and most of the names or words have faded away, but the sentiment is still the same. It means so much to me every time I come home and see that rainbow.”

Elly Mae, another member of the group, says, “Some of the rock’s I posted in Clearwater “Rocks” 2 were ones that I found. Others I painted. I am not a great artist, so sometimes I put tattoos that I buy from Dollar Tree on the rocks and then seal them with Rust-Oleum Clear to protect them from the elements. My granddaughter is five years old. She likes to draw on rocks with magic markers and we seal them also. Some of the really talented artists spend hours on their rocks. If I’m doing layers of paint, it takes a little bit longer because you have to wait for the paint to dry between layers. I’m usually working on several rocks at a time.”

“I hide most of mine at Largo Central Park, Botanical Gardens, Largo Nature Preserve, the Highland Rec Center and sometimes in the mall or near grocery stores. Sometimes I hide them in plain sight so the kids can find them; others I take a little more time hiding them because there are so many people trying to find the rocks. And you hope they get posted on a page. Many times they’re not, but hopefully it brings a smile to someone’s face. If you find a painted rock you can keep it, you can re-hide it, or you can give it away – it’s your choice.”

Sharon Yount is another member of the Clearwater “Rocks” 2 Facebook group. She says, “Sometimes the rocks speak to me. This rock told me it wanted to be a big cat and I made it a leopard.”

Yount loves this rock painted by her son Josh Green, who passed away four months ago.

One of Yount’s rocks made it to Paris, France. She left it at her pharmacy and the person who found it took it on a European vacation. That’s a well-traveled rock!

Yount took this photo at the new Dollar Tree on Gulf-to-Bay and Keene. She says, “This is a small portion of their art section – a lot of goodies for Rockers to use. It’s a clean store…so far. And stocked well. I hope it stays that way!

You can really get extravagant with art supplies though. Art stores like Hobby Lobby and Michael’s sell rocks, paints, gel pens, glitter, sealants and more.

Some Rockers even add special touches to decorate them!

Michael Keniston, a Palm Harbor artist of butterfly-related art, jewelry, photography and mounted butterflies, participates quite a bit in the Dunedin Rocks Facebook group. His own artist Facebook page is Butterfly Reflections.

He recently painted thank you rocks for the medical staff at Mease Dunedin Hospital.

Although the activities are presently on hold due to COVID 19, he says the group hosts events and drives, such as rock swaps, park cleanups, technique classes, Spring Fest and Fall Fest. Keniston said, “Our most popular event is the Hunt in the Dark for 400 mini neon numbered rocks with blacklight flashlights along a half mile stretch of the Dunedin Causeway and a raffle for prizes after.”

Sonja Samples is the Administrator for the Safety Harbor Rocks Facebook group. She says that most people are part of multiple groups, including Clearwater “Rock” 2, Dunedin Rocks, Safety Harbor Rocks, Largo Rocks, 727Rocks, Pinellas Park Rocks, and St Pete Rocks. Before the stay-at-home order, the Safety Harbor museum hosted a Paint-a-Rock/Swap-a-Rock events where kids were highly encouraged to come.

Sometimes artists get together and create quilt rocks, each square painted by a different painter. Samples says, “Michael Kinneston and Ruth Heidel Duncan are huge contributors and make a lot of rocks for kids or donate them to retirement homes. Michael K. puts on a couple of big family events every year where you can win prizes. Other rocks were painted to raise money for the Suncoast Animal League, including this Michael Keniston cat.”

Samples added, “I love the idea of kindness rocks, which is what all these are – small gestures to bring a smile to someone’s face. It’s crazy how people will post that they found a rock and it was at the exact moment when they really needed to see it. Who knew a rock could do so much?”

Rock painting can also get very intricate. If you’re a talented artist, the sky’s the limit.

Lefteris Kanetis – a painter from Greece – says, “I have a serious problem, but is a good problem – I am addicted to painting on rocks! I get inspired from the natural shape of the rocks and like to paint all kinds of designs – animal, landscapes, portraits, and many more. I’ve created things since my childhood. In 2004, I graduated from the college AKTO Art & Design in Athens, Greece. In 2007, I tried for the first time to paint on a sea stone that I found on the beach and my journey to rock painting began. It was very hard because I used to paint for many years only on canvas with bigger brushes, but I was very excited with the results. After a lot of good reviews from many people, I decided to deal professionally with painting and I opened my painting workshop in the summer of 2010 in the Greek Island of Ikaria where I paint about 700 to 1,000 stones every year. His creations can be found at Rock Art Attack on Etsy or on his Facebook page. Roberto Rizzo is another professional artist from Spain with breath-taking painted rock creations. He says they are experiencing a very hard situation right now in that country. His Facebook page can be found at Robert Rizzo Fine Art. If you’d like to try a new hobby, consider rock painting – if only to spread a little happiness too.

So what are you waiting for? Look a little closer to see what you may find or better yet – send a message of hope to someone who just may need it! 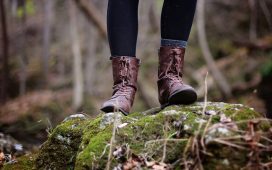 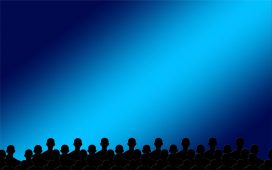 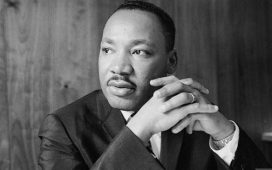 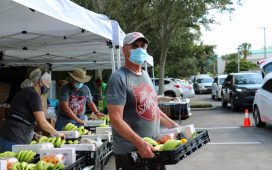 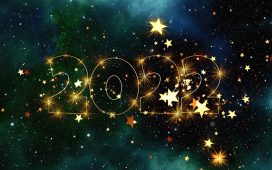 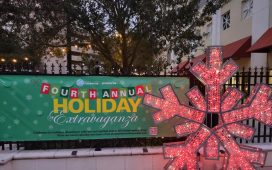