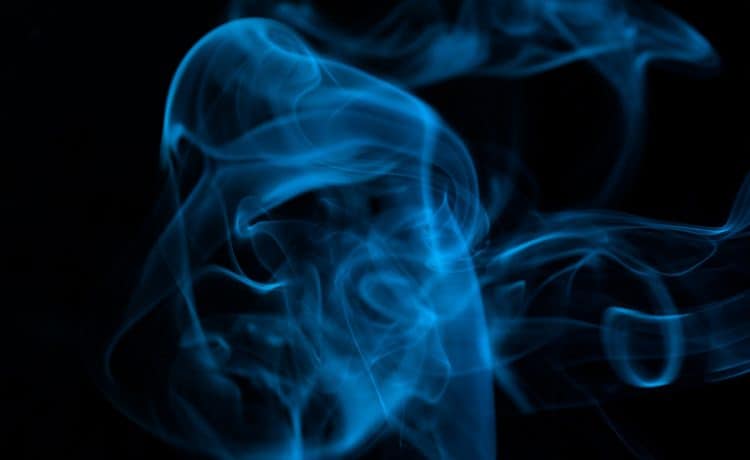 It’s Halloween and who doesn’t love a good ghost story?

Have you ever wondered if a place was haunted? Maybe you heard a strange sound or felt a certain chill up your spine?

Supposedly, some places really are haunted in Clearwater.

Take for instance, this karaoke video taken by Pour Yours owner Lina Teixeira in Downtown Clearwater on October 29, 2020. Does a ghost pass by at the 37th second into the video? You be the judge: www.facebook.com/linateixiera/videos/10157700793955922

Perhaps the most notable haunted place in the city, the Capitol Theatre opened on March 21, 1921. The Royalty Theater Company signed leases with the Taylor family in February, 1981, when it then became known as the Royalty Theater. During the renovations, Bill Neville’s murdered body was found in the balcony.

The theatre remained in the Taylor family estate until it was sold in 1996. In July 2008 the building went into foreclosure. In January 2009, the City of Clearwater and Ruth Eckerd Hall joined forces to purchase the theater and it was renamed the Capitol Theater.

When it comes to the paranormal, there are three major claims for this location:

– An old man with a goatee, known as “The Captain,” stalks the hallways in a blue coat and fisherman’s hat

– A ghost named “Bill,” who supposedly was killed in the balcony by tourists

Each of these ghosts appears in the theater separately and for different reasons.

Bill enjoyed the theater and considered it to be a familiar and comfortable place.  He supposedly was badly beaten and left to die alone in the theater. He returned, or chose to stay, but as a spirit. Patrons say he still appreciates the theater and the arts. In one instance he saved the life of a worker who nearly fell to his certain death while working close to the balcony edge of the theater.

The spirit of the captain has a knack for inappropriately touching ladies that visit the theater. He is also obnoxious and loud. He is very good at being bothersome when he wants to cause trouble. The small girl seems to be a kind and playful spirit.

Orbs have been captured on film, alarms go off unexpectedly, and the chandelier will often start swinging for no discernable reason.

R.I.P. HUNTERS, a paranormal investigation team visited the Capitol Theatre and recorded a significant amount of unusual paranormal activity. You can find out more about this haunted theater at Ghost Eyes, and on an entry on Central Florida Ghosts.

The Clearwater Beach Hotel was also known to be haunted. The beautiful hotel boasted a basement prohibition era bar made out of rich mahogany. The bar was said to be the most haunted part. The hotel stood for 90 years before being razed to make way for the new Sandpearl Resort in 2007.

People say that ghosts that were seen in the old building now appear in the new. Ted B., a former valet and room service worker, reports that many night shift workers heard doors slamming and upon investigation, no one was there. Ted also took a photo of a ghostly face in the car valet window late at night.

This hotel is not to be confused with the new Clearwater Beach Hotel, located at 504 S. Gulfview Blvd.

Of course, no haunted listing is complete without a cemetery or two: 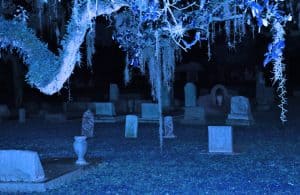 John A. reports, “As kids, some of us thought Clearwater Cemetary on Myrtle Ave. was home to ghosts. Even in daytime we would hear “sounds” and we thought we saw figures moving among the grave stones. Young kids imagine things but we sure ghosts were there.”

Ghostly apparitions have also been reported at Sylvan Abbey.

The Clearwater IHOP has had several things happen, some of which has been captured on security cameras. The manager saw a black-cloaked figure walk by him one night when he was cooking late at night. 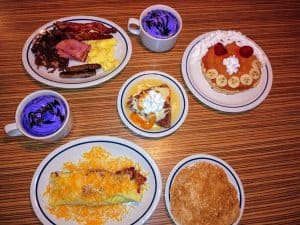 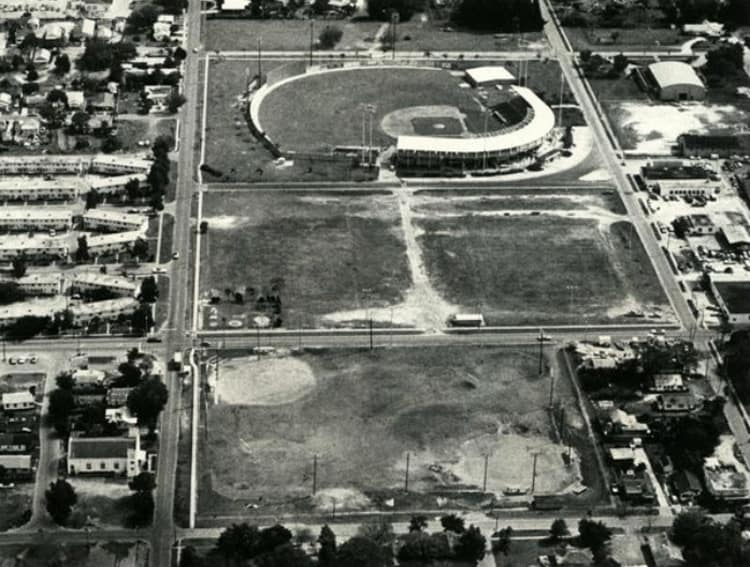 Some say that baseball great, Jack Russell, who also served as a Clearwater City Commissioner from 1952 to 1955, haunted the old Jack Russell Stadium.

Past stadium workers tell of hearing the sounds of players running infield bases and of bats hitting baseballs late at night. Other times, music could be heard coming from somewhere in the dark empty stadium. Did old and forgotten ball players find a place to call home and still have a little fun?

Although the stadium was demolished in 2007, the dugouts, offices and other elements were retained as the field continued to be used for amateur baseball and in 2019, it served as the temporary home field of the Dunedin Blue Jays. Did the ghosts stay? I dare you to visit late at night to find out!

A former cleaning worker at the original Crabby Bill’s structure on Clearwater Beach in the Clearwater Municipal Marina reports that he worked from 2009 to 2011 on the night shift and reports many paranormal activities late at night every single night  – such as objects being moved, footsteps, and the sounds of screaming, crying and laughing, which he recorded. You can read about them here.

Some people report that Morton Plant Hospital may have some haunted floors and rooms.

A mysterious boy dressed in a baseball uniform was seen by custodians late at night in this school – possibly stirred up when renovations began in 2000. There are claims that audio recorders have picked up late night conversations between dead teachers and this little boy, who was killed outside of the school in a car crash. And some say they still smell the perfume of the school’s very first principal… Unfortunately for ghost hunters, this activity seems to have died down once the renovations were completed.

Some say Clearwater Beach is haunted by a woman in white in her 20’s. Many witnesses have seen her running down the beach in a panic, then disappearing into thin air. Legend says her fiancé was shipped off to war during WWII. Speculation has it that he was probably stationed at Clearwater Beach in the 1940’s, where a Coast Guard station and Military Police Training Barracks used to be on Clearwater Beach.

Many homes in Clearwater have been reported to have ghosts, including an active poltergeist at 1402 Sunset Drive, an old home at 1245 Jackson Road, and some stately mansions in the Harbor Oaks neighborhood near Morton Plant Hospital.

While not strictly in Clearwater, no haunted piece of the area should leave out the Belleview-Biltmore, which was closed in 2009 and demolished in 2015.

The hotel was situated along the eastern shores of Old Clearwater Bay, with views of the bay and the barrier islands which border the Gulf of Mexico. The hotel was built in 1897 by railroad tycoon Henry B. Plant and was added to the U.S. National Register of Historic Places on December 26, 1979.

The 820,000-square foot structure was the last remaining grand historic hotel of its period in Florida that existed as a resort. The building was noted for its architectural features, with its unique green sloped roof and white wood-sided exterior, and extensive hand crafted woodwork and Tiffany glass inside. It was said to be the largest occupied wood frame structure in the world and was constructed of native Florida pine wood.

The hotel is thought by some to be the site of ghost sightings and other paranormal events. The hotel was featured in a segment on the Weird Travels series on the Travel Channel television network in the U.S., which was filmed in March 2004 by Authentic Entertainment.

Dozens witnessed apparitions and disembodied voices in the hotel. The third, fourth, and fifth floors seemed to have provided the most paranormal activity, as well as in the long hallways.

Maisie Plant: The Lady in White

Ghosts dressed from decades past, particularly in 1930’s attire, were frequently seen in the grand hotel. One particular lady, dressed in white and wearing a hat from the early 20th century, used to appear on the grounds of the Belleview Biltmore Hotel often. Many believed she was the ghost of Maisie Plant, the wife of Morton Plant. The lady in white was famous for wearing a set of $1.2 million pearls of which she traded her New York penthouse to acquire. Then she lost her expensive pearls at her husband’s hotel. Some believe she is still searching for her pearls…

Another infamous story involved a young bride who lost her husband in a car accident. Sadly, she jumped to her death from a fourth floor balcony and was seen from time to time on the same balcony where she met her fate. Many claim she wore a bridal gown and veil.

Children’s ghosts were also seen in the Belleview Biltmore Hotel by both guests and psychics.

Some information courtesy of Haunted Places and used with permission at hauntedplaces.org.