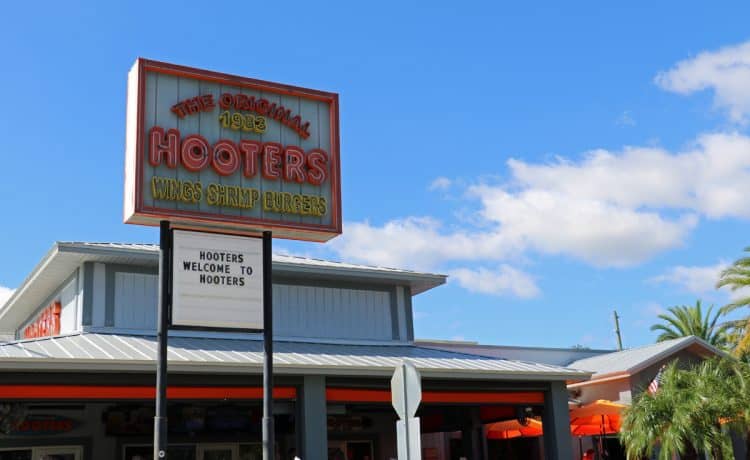 Were you to meet him, you’d agree: Ed Droste is a nice guy. He’s affable, quick with a laugh and has a wry sense of humor that is often directed at himself. Ed and his wife, Marsha, love Clearwater. The Island Estates residents, along with their two French bulldogs, have planted roots that go deep in Pinellas County. What you may not realize, after your meeting, is how the roots Ed planted have helped shape Clearwater.

Ed Droste graduated from Iowa State in 1973 with a 2.4 GPA. His prospects seemed slim, so he took the only job offer he got: working for a property management company in a little town called Belleair. He worked there for several years, until a series of conversations with some friends changed the course of his life.

It started the way most of the great ideas do: with a group of friends sitting around building an empire in the clouds. They began dreaming about the perfect hang-out. On their list of favorite things, they included good food, cold beer and sports. The goal was to create a casual place where everyone was welcome, and where, according to Ed, they “wouldn’t get kicked out.” Unlike most ideas, however, this one made it off the napkin and into reality. The friends scouted around Clearwater for the ideal place, and found it on Gulf-to-Bay. The site of multiple previous failed businesses, most people said the business was doomed from the start. As motivation for themselves, they created a faux cemetery with headstones listing the names of the former occupants of the location. They were determined not to suffer the same fate. The first few days after they opened, however, didn’t look promising.

No one knew how to turn on the fryer. (A frantic call to a friend saved the day.) They didn’t have a beer license for the first few days. Despite the group’s enthusiasm, no one showed up to eat. The group pressed on. Hooters, the restaurant that proclaimed itself ‘delightfully tacky’, was born.

The story of how this group of “knuckleheads” began what would become a multi-million dollar company is a master class in scrappy marketing. Mr. Droste laughs as he reminisces about the creative marketing they were forced to do as the restaurant got off the ground. In the early days, Ed was dancing around Gulf-to-Bay wearing a chicken costume to drum up business. He was so thrilled when a few plumbers and a construction worker showed up for lunch, he paid for their meals. An abandoned boat, marooned just off the causeway, was christened “Hooters” one night, thanks to some extra paint and a good idea that sounded great with the help of a few drinks. A dare led to a conversation with Lynne Austin, who would go on to become the first Hooters’ girl.

A few months after their less-than-auspicious opening, the Super Bowl came to Tampa. The day before the game, Redskins’ running back John Riggens ate lunch at Hooters. After the Super Bowl, he brought a few of his teammates to grab a snack after the game and suddenly, Hooters was gaining traction.

Hooters just celebrated their 35th year – a feat that only a handful of businesses can claim. With over 400 restaurants in nearly 30 countries, the ‘local watering hole’ that Ed and his friends created has become a hang out for millions of guests around the world.

The secret to Hooters’ long term success? To be a true ‘neighborhood joint’, the Hooters management realized that they needed to get involved with the issues and concerns facing the people in their community. When they became aware of one of their own who was facing an aggressive form of breast cancer, Hooters sprang into action. They teamed up to support research and treatment efforts, as well as start an education and awareness program for the employees. To date, they’ve raised $4 million for the fight against breast cancer. They’ve gotten involved in local events and charity activities in every location they’ve established a restaurant.

The Hooters girls, and by extension Ed, have done it all. They’ve gone on USO tours, met Presidents, appeared on the David Letterman show, been showcased in movies and have cheered on the Hooters car as it won the Atlanta 500. So what’s next? There is always a new challenge, but the group has stayed true to their original intent: create a place where people want to go hang out and serve great food.

Today, Ed and his wife are still a part of the bustling Clearwater scene. Ed’s no longer dressing up in chicken costumes to entice people to come eat chicken wings. He’s far from sitting on the sidelines, however. They are both heavily involved in the community and are proud of the work they’re involved with. He has interests in property management and is active in real estate development in the area. Between them, they are on multiple boards with Moffitt Cancer Center, Morton Plant Hospital and other organizations. Ed loves to speak at length about the work of Hope Lodge, cancer research initiatives and other groups that are making a difference in our community and is thrilled to be part of their efforts.

We asked Ed what he thought of the changes Clearwater has undergone in the over 30 years since Hooters first opened their doors. According to Ed, despite the challenges over time, Clearwater is still a thriving place to live and work. They love being steps away from some of the most beautiful sunsets in the world and the lively community they’ve grown to love.  To their delight, the energy in Clearwater has helped it become a first class place to live. In Ed’s view, Clearwater has a small town feel with a big town atmosphere.

Hooters has been changing with the times. You’ll find more salads, healthier options and more local flavor with items such as crab legs on the menus. As for Ed, he’s not slowing down either. He’s continuing to build a community in the place he loves and delights in the fact that he can still go hang out in a place he built.