HomeDevelopmentGet Ready for the Future Look of Downtown Clearwater!
DevelopmentDowntownHotels 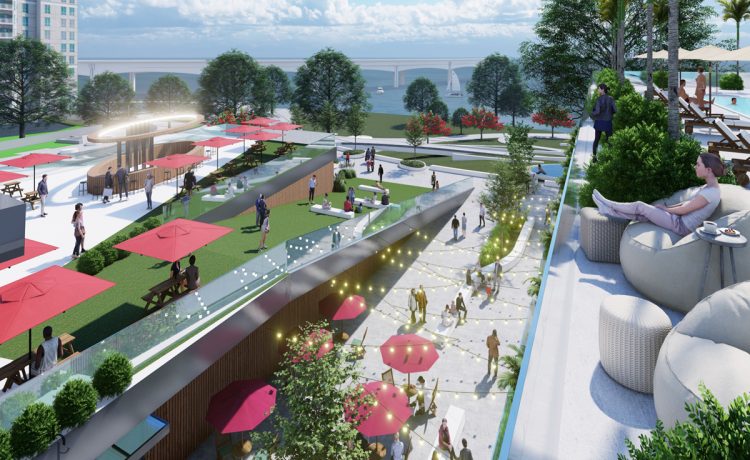 Two-thirds of Clearwater voters decided to vote “Yes” on a Nov. 8 referendum to allow the sale of two parcels to bring apartments, a hotel and retail apace to the waterfront Bluff properties adjacent to Coachmen Park.

This sale will allow project partners, Gotham Organization and The DeNunzio Group, to pay the city $9.3 million for the Harborview site and $15.4 million for the old City Hall.

On the Harborview site, the group envisions a 13-story, 158-room hotel with 15,000 square feet of retail and restaurant space, a conference center, a rooftop bar and pool, and 163 below-ground parking spaces.

Terms and details may still yet change, though. The developers must submit a final site plan to the city, secure financing and close on the sale by Dec. 31, 2024, according to the development agreement.

Coachman Park is currently being renovated in an $84 million project called Imagine Clearwater. The 22-acre park will be finished and will include new 4,000-seat covered amphitheater, an expansive park and recreational spaces, a gateway plaza and bluff walk. To see live web cams of the progress on the Imagine Clearwater Project, visit www.myclearwater.com/residents/imagine-clearwater-new