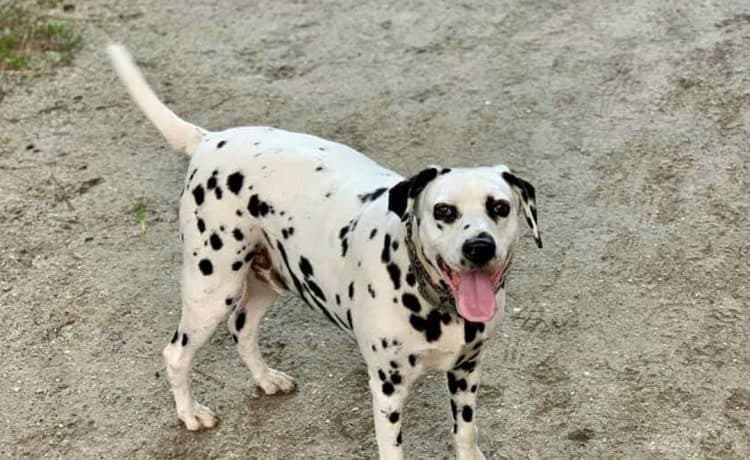 My six-year old American red nose pitbull, Cocoa, and I decided to explore the dog parks Clearwater area has to offer. We had previously only visited one, Crest Lake Park, a few years ago. But a Google search revealed more puppy play places in and around Clearwater.

Our first stop was Enterprise Dog Park on, you guessed it, Enterprise Road. This neat little park had a fence enclosing the entire area, surrounding clean crushed-shell paths that wound farther back over a little bridge. At the front was another fenced-in enclosure, complete with a brightly-colored playground. Red, yellow and blue tubes begged for leaping through and raised yellow walkways for climbing on. This area had wooded patches where dogs could explore and a couple of shaded benches for owners to relax. A watering station was just outside the entrance.

We met Clearwater resident, Lynn Kraft, and her three standard poodles: Dudley, Lola and Gwen. Lynn and her husband had been coming to the park for years and years. She liked that it was safe and well-maintained. Clearwater attorney Dan Parri takes his two dalmations – a girl named Pandora and a boy named Webster, which he collectively calls “the Spots” – to Enterprise Dog Park on a regular basis to run.

He often runs at the park with the Spots early in the morning, even before the sun comes up. In fact, Parri lost 179 lbs. in 13 months! He credits the exercise for saving his life. “Pandora is 14 and Webster is 11. Webster still does four to six miles a day. Pandora is at one to two miles a day. They are healthy active seniors like I want to be. I live where I live because of Enterprise Dog Park.”

“The park has a trail and loop in back that is great for exercising with dogs,” he explained. “The best part about the park for me was that it allowed me to exercise and keep the Spots safe.  We didn’t have to run on pavement, there was lots of shade and water stations all over. I could never have taken them out on the road for all those miles.”

After a nice bite to eat, Cocoa and I continued our journey to Northeast Park and Paw Place off of East Bay Drive. While maintained by the City of Largo, Northeast Park’s Paw Place dog park is located on property in Clearwater. There are two fenced dog areas: one for small dogs and one for large dogs. Upon talking to Chelle Smith, we found that she had been coming to the park for about six or seven years. She remarked that more and more people had discovered the park about three years ago and it was crowded with more families than before because of a nearby trail, playground, two basketball courts and hockey rink. The dog areas were completely shaded and surrounded by a brightly painted mural wall. The large dog area contained some agility equipment with a wooden A-frame climbing station and a plastic tube, although not as nice as the equipment found at Enterprise. Chelle, with her two little dogs yapping all the while, told me regretfully, there was no climbing equipment for the smaller dogs. A bathroom building was within throwing distance of the large dog area. I noted both dog areas had picnic tables and a couple of benches. A watering area was just inside the entrance.

Panting and thirsty after these visits with a now literally Hot Cocoa, I decided to save the remaining two parks for the next day.

The following day, Cocoa and I headed off to Crest Lake Park and the Doggie Days Dog Park on Gulf to Bay in Clearwater. Cocoa had had a bad experience at Crest Lake several years ago when she was attacked by two very large Great Danes. I had not returned in a couple of years and wondered how she would fare. She had been wonderful at the other parks, playing with the other dogs with no incidents.

But as soon as we entered the mixed size dog enclosure, sure enough, Cocoa and another dog wrapped themselves in a tangle with bared teeth. We immediately left the enclosure and went to the adjoining empty play space. I caught up with one dog owner as he was leaving the park. Bill Miller, a Clearwater resident, had been coming to Doggy Days for years. He had with him his border collie and border collie-sheltie mix, Sox and Kaya. When I told him about Cocoa’s experience, he nodded and said, “The other dogs can pick up on a dog’s attitude and will quickly react to it.”

Bill appreciated the close proximity of the park to his home, but said there was no nighttime lighting and the park, he felt, was not safe to go to after sundown.

The park consisted of four fenced dog areas: one for small dogs under 20 lbs., one for medium dogs under 45 lbs., one for large non-aggressive dogs over 35 lbs., and one for all sized dogs. Doggy Days was well maintained.

We were unable to get to our final destination, the dog area of Sand Key Park, on this day, but we plan to very soon. (Stay tuned for the Sand Key Park post.) This beautiful park has two distinct areas — a beach with gorgeous water views and a park, including a playground, picnic tables and nature trail. Dogs are not allowed on the beach, but the designated dog zone provides ample tree shade and plenty of space for four-legged fun.

In all the dog parks we visited, a sign of rules was posted. The rules can also be viewed online here: Dog Park Rules. Most importantly, all dogs should have the proper vaccinations and wear a visible license tag. Aggressive dogs should not be brought to the dog parks. Dog owners needed to pick up their pets’ solid waste. All of the parks had stations of recyclable plastic bags for that purpose, but sometimes the stations were empty so it would be a good idea to bring your own bag.

In my experience, Cocoa did not want to drink from the bowls provided, but panting heavily from the heat, readily drank from her own traveling water dish I brought with us on the second day. Even at 5 p.m., the heat was stifling and Cocoa quickly got overheated.

Dog parks aren’t for every dog. But these facilities are a great opportunity for your canine best friend to interact and play with other dogs. They can also be a good social tool for dogs living alone. When properly utilized, dog parks can be a wonderful addition to your dog’s day and make many happy tails.