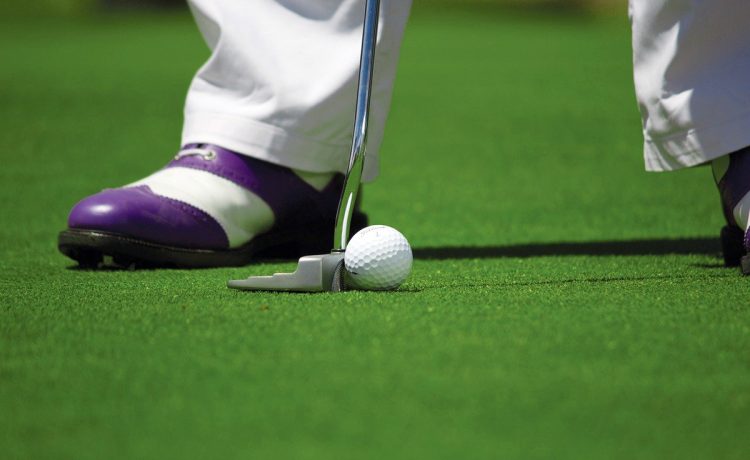 With a college education coming by way of a golf scholarship, I eschewed a career as a wealthy touring pro and instead became a starving writer. I’ve nonetheless kept an interest in the sport with occasional visits to PGA Tour events to behold the greats of the game.

I especially enjoyed caddying in my youth for pros playing in the annual Doral Open in Miami, but my naivete about proper tour etiquette once bit me in the rear. It happened while looping for tour veteran Tommy Jacobs – a California dude with an on-course, business-like demeanor.

Standing on the par 3 9th tee, Jacobs asked my opinion on whether he should hit a 6 or 7 iron. We’d played a practice round together a week before the tournament and he recognized my ability to judge distances.

Phil Rogers was in our group and he looked at me as if I had a wart in the middle of my forehead. “How old are you?” he queried. I replied 17.

“You’re not even out of high school and you’re going to club a touring pro?”

Jacobs then stoned the 6-iron shot about six feet from the flag while Rogers missed the green entirely. Walking off the tee, I fashioned a smile that was only bending the lips and sarcastically asked Rogers, “And just how old are YOU?”

Big mistake. After the round, Rogers went straight to the clubhouse and in our presence gave Frank Strafaci, the caddy master, an earful about me being arrogant and disrespectful. After the tirade, Jacobs privately consoled me but added, “Doug, out here a caddy never wins talking back to a player. It’s best to just keep your mouth shut.”

Fair enough, I had it coming.

Despite that slight, I still play golf now and then, which means laying out the cash for the latest innovations in gear, carts and greens fees, golf balls and other expenses part and parcel of enjoying the sport.

But golf is facing major challenges. While the game boomed in popularity in the 20th century – thanks in large part to televised tournaments beginning in the 1950s – that trend is reversing. All too many golf resorts are now being sold to developers looking to replace the greenery with homes, condos and 7-11s.

Much of the downturn is due to a younger generation more content with sitting comfortably on a couch competing against imaginary video-game foes than spending four or five hours outside traversing a golf course.

Plus, if one is to be honest, golf is a very difficult game to play well. It takes a lot of practice before you’re good enough to leave the course in even a partial state of satisfaction. More errant than accurate shots bedevil beginners and even advanced players can get easily frustrated. As former Masters and U.S. Open champion Fuzzy Zoeller put it, “Golf is a rude game.”

It takes a thick wallet, a highly competitive spirit and an even higher threshold for self-abuse to stick with golf through old age. For many others taking up the sport, the game is often abandoned at the specter of continued masochism and competition from less time-consuming avocations.

To cure the time and cost factors of golf, I have suggestions that many veterans of the game will consider unorthodox. So be it, but purely in the interest of the game’s survival I’ll proffer them anyway:

The golf ball controversy is often voiced by legendary players such as Jack Nicklaus and Gary Player. Altering the distance of golf balls can be controlled with the number of dimples and core/cover construction. It’s ridiculous for even touring pros these days to be hitting drives 350 to 400 yards.

Following those suggestions will result in increased participation and fewer players quitting the sport. But will anyone from the R&A, European Tour, Asian Tour, PGA or USGA do more than nod his head and say we’ll give it some thought? Yeah, when pigs fly. Tradition is resilient to change, and same with players who care more about reaching par 5s with a drive and a 7 iron than doing what’s best for the masses.

True, you could buy a cheap or used set of clubs and tee off before the chickens rise, but few would agree that half-assing it does little to whet the golfing Jones. Nonetheless, the quality route can put a five-figure hole in the ol’ bank account.

I sincerely hope some adjustments can be made so future generations of hackers and pros can save the legacy of the great game of golf. Until then, I’ll remain just another addict following a round, dimpled ball that all too often decides to go for a swim.

Higher Learning: What growing up around around Tour legends taught me about golf and life