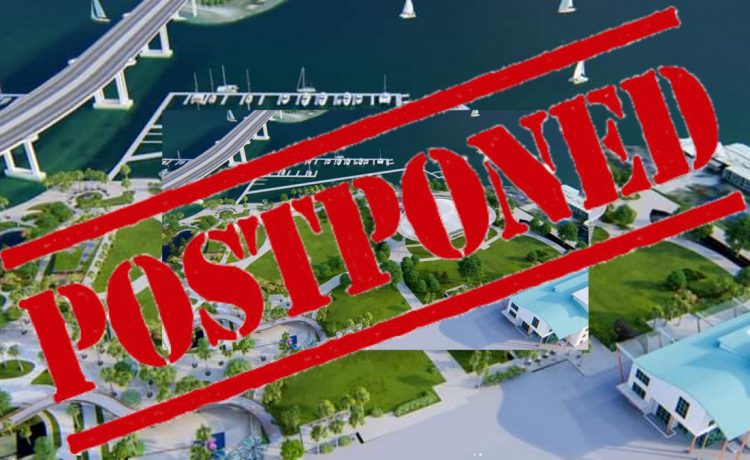 The Clearwater City Council agreed to postpone the ribbon cutting of Imagine Clearwater scheduled for Monday, May 24, 2021.

Mayor Frank Hibbard brought up the proposal in the May 20 council meeting, saying it wasn’t meant to be a halt on the entire project, but only a delay until commodities prices on lumber, steel and other materials decreased. Lumber costs have risen an astounding 375% from April 2020 to April 2021. Mayor Hibbard told the other council members that he had met with City Manager Bill Horne for an in-depth meeting earlier in the day to discuss the issue.

Assistant Manager Michael Delk also addressed the council and said that the city staff had actually been having similar discussions on the increase of costs and had made adjustments for them. Mr. Delk also emphasized that postponing the groundbreaking ceremony would not halt the start of the process, as contractors were scheduled to begin work. Skanska is currently doing underground utility work at the site, located at Coachman Park in downtown Clearwater.

Mayor Hibbard and Councilmember David Allbritton both stated that construction material costs are expected to decrease within a few months.

The decision to postpone the ceremony is not expected to impact the decision on the choice of a bluff developer. Two developer proposals were finalists in a recent Request for Proposals for mixed use retail and residential projects on three downtown waterfront sites. City staff will make a recommendation to the city council on those proposals on June 3.