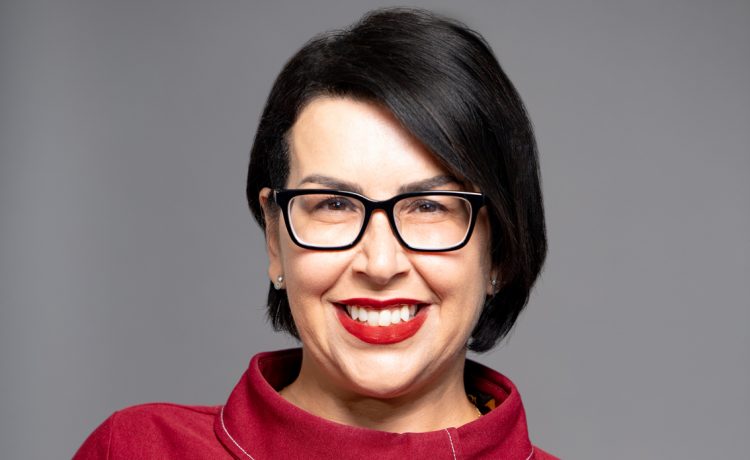 If you can focus fast enough, you’ll see Lina Teixeira (pronounced Tay-SHARE-UH) dashing from one civic meeting to the next. She’s a study in boundless energy, the Energizer Bunny on two legs.

It’s all about community activism in helping to make her hometown of Clearwater a great place to live, work and visit. Lina’s a member of 11 – count them, ELEVEN – organizations and boards: St Catherine of Siena Catholic Church, Clearwater Neighborhoods Coalition, the Steering Committee on AchievHERS, SAFE Strategic Alliance to Fight Exploitation in Tampa Bay, Working Women of Tampa Bay, Island Estates Women’s Club, Vice Chair of the Clearwater Downtown Partnership, the city’s Covid-19 Task Force, the Code Enforcement Board and Amplify Clearwater. She’s also the former President of the Downtown Merchants Association, the Downtown Development Board and the League of Women Voters. Lina’s parents lived in Portugal and both only reached the fifth grade. They immigrated to Montreal, where she grew up. They instilled in her a grit to embrace change, to grasp challenges and to never give up.

The result has been a remarkable plethora of talent and dedication to her family, friends and community. Lina is a health professional with a nursing degree. She graduated along with husband Frank from nursing school and both intended to become traveling nurses. But their first stop was Lakeland, Florida, and that did it – they vowed never to leave the Sunshine State. Years later, she accepted a job as a pharmaceutical rep in Clearwater, and here they’ve resided ever since. Frank started a medical research company in South Greenwood, which they’ve owned for the past 20 years.

They’ve also lived in various places in and around Clearwater during that time, giving Lina a unique perspective on the interests of neighborhoods throughout the city. I asked Lina why she’s running for Seat 5 on the Clearwater City Council. “Because of my children and everyone’s children,” she said. “They’re the future, and I feel driven to help bring about all that’s needed for our city to meet the needs and desires of our present residents and our next generation of residents.”

She’s proud of promoting the Arts and brought the Dali exhibit to Clearwater and engaged local artists to bring their exhibits. Lina also came up with the concept and original song featuring Chris McCarty for Downtown Clearwater’s official “Sail Away” video.

Lina is on the forefront of fighting the scourge of human trafficking by being an advocate for SAFE – the Strategic Alliance to Fight Exploitation – in Tampa Bay as well as organizations that empower, strengthen and support women. She also serves on the COVID 19 taskforce. Her unique talent as an artist and achievements in Wearable Art became airborne when her daughter Bianca worked as a model. During one of Bianca’s events, a garment went missing and Lina said, “Fine, I’ll make it myself.” Her creation first gain notice on the front page of a newspaper, then appeared in a magazine and ultimately displayed in the Museum of Fine Arts in St. Petersburg. She once even opened a fashion show in Atlantic City for two Project Runway designers. Lina’s son, Lucas, also has been a fashion model, so that attribute runs in the family. Lina’s says that her family wouldn’t be complete without their Maltese-Shih Tsu mix named Luna Bella and an “applehead” chihuahua named Lily.

Between being a business owner, mother, loving wife and volunteer in so many ways for Clearwater’s community, you’ll probably still see Lina Teixeira on the campaign trail between now and the City Council election March 15, 2022. Said one supporter, “Lina is a wonderful and caring person with a big heart who will work tirelessly in behalf of everyone in Clearwater.”

For info on her campaign and how to volunteer or donate, visit her website.