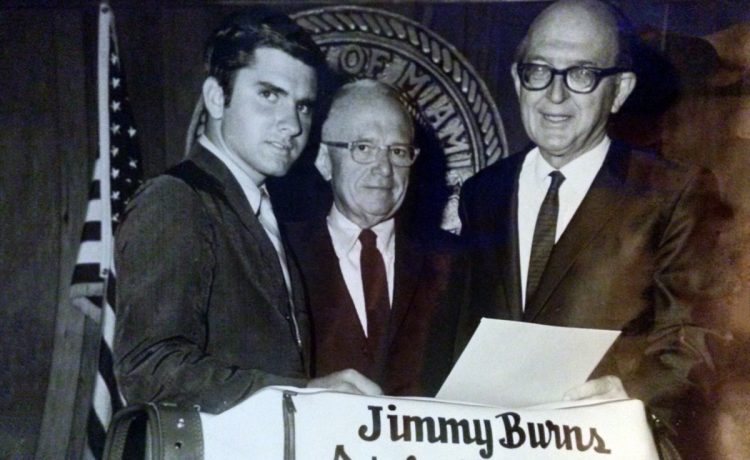 The world of professional golf is in upheaval. It has nothing to do with a gizmo that propels a ball 500 yards or a laser-guided putter that never misses. Nope, of all things it’s about competition.

I’ll unwind it for you: An icon of the sport is promoting an organization funded by an oil-producing country that’s … get ready for this … offering golf pros MORE MONEY for LESS EFFORT than on the PGA Tour. The controversy is producing more angst and rhetoric than the last four presidential elections combined. It’s also producing name-calling and lawsuits that’s extended to evening news shows.

Greg Norman is the icon and Saudi Arabia the country promoting LIV Golf. It’s paying massive signing bonuses and a far smaller schedule than the PGA Tour. LIV players tout not only the financial windfall but the opportunity to spend more personal time with family and friends. Tour players accuse Liv Golf players of – in essence – selling out to a country with suspect human rights issues and turning their backs on the organization that fed them.

Some of the big names who jumped to LIV Golf include Brooks Koepka, Dustin Johnson, Cameron Smith, Bubba Watson, Phil Mickelson, Bryson DeChambeau, Matthew Wolff, Henrik Stenson, Patrick Reed and dozens of others. LIV tournaments span three days instead of four and just 14 annual events compared to 48 – most Tour pros play in a majority of them.

I find the accusation of not being faithful to the PGA Tour and having “core values” the oddest of the criticisms leveled against LIV players. Among the loudest of those voices: Irishman Rory McIlroy and Norwegian Viktor Hovland. McIlroy, who just pocketed $18 million two weeks ago for winning the FedEx Cup Championship, certainly didn’t show much allegiance to staying in his home country to promote the game of golf. Instead, he’s amassed career earnings of almost $60 million in the U.S. and millions more in various endorsements and appearances.

Hovland came to the U.S. for a free ride via a golf scholarship to Oklahoma State University. After winning the Norwegian Amateur Golf Championship, he won the U.S. Amateur title in 2018. During the 2020-21 PGA Tour season, Hovland won over $5 million. He lists his residence as Stillwater, Oklahoma. McIlroy is married to American Erica Stoll – a former PGA of America employee – and with their daughter live in – guess where? Jupiter. When it comes time to represent their countries in the Olympics or Ryder Cup, McIlroy plays for Ireland and Hovland Norway. Core values?

That said, I don’t blame them a bit. They made wise business decisions and moved from their homelands to the U.S.

Sure, there’s a competitive desire to play versus the best golfers in the world instead of restricting yourself to Ireland or Norway or other small countries. But does anyone think becoming a millionaire in a few years on the PGA Tour instead of being the head pro at a club in Oslo or Dublin isn’t a factor? Of course it is. So why blame Mickelson, Johnson and most of the others who played for many years grinding it out in the U.S. for now accepting beyond retirement-level money to play LIV golf and enjoy more personal time with their families and friends?

Perhaps an even larger critic of LIV golf is Tiger Woods, whose net worth is in the hundreds of millions and who dwells in a $50 million abode in Jupiter.

Johnson recently won a LIV tournament in Boston, took home $4 million as the individual winner and another $750,000 for his team win – team competition and the accompanying prize money an innovation not found on the PGA Tour. Cameron Smith just won the LIV tournament in Chicago and also picked 4 or 5 million. The last LIV event of the year is strictly a team battle for a purse of $50 million. Johnson also allegedly signed up with LIV Golf for at least $125 million. Mickelson – one of the PGA Tour’s all-time greats with 45 victories including six major championships – supposedly signed for $200 million. Cameron Smith came aboard with what’s been reported at $140 million Australian dollars. Yeah, those guys sure are stupid.

As to the accusations that doing business with Saudi Arabia is unethical, one must recognize that the Saudis heavily support the Ladies PGA and that the two tours may collaborate. For one thing, the LPGA annual tour purses total nearly $86 million; the PGA Tour $367 million … LIV golf next year will have purses of $405 million in only 14 tournaments. Also, while human rights violations on the part of any nation are repugnant, President Biden fist-bumped with the Saudi crown prince in July to kiss his ass to pump more oil, the point being that hypocrisy reigns supreme all around when it comes to Saudi Arabia.

Besides, how many Europeans still played the PGA Tour when the U.S. invaded and occupied Afghanistan and Iraq? I’m not getting into politics here, but if we’re going to denigrate every country involved in human rights violations then we need to stop dealing with China, Iran, Cuba and so many other countries that treat citizens – especially women – with no respect.

Rather than reacting like petulant children, players like McIlroy, Hovland, Woods and other multi-millionaire golfers who fed off the PGA Tour’s trough to face the reality that LIV Golf is not going away and in fact will likely grow. They have nearly unlimited funds; more and more collaborations will develop with other world tours; LIV players were already welcomed at the U.S. Open (operated by the U.S. Golf Association) and other events such as the BMW PGA Championship in England.

Note: Some PGA Tour members such as the GOAT Jack Nicklaus and foreign-born players like Spain’s Jon Rahm – while disagreeing with the decision by others to join LIV Golf – nonetheless recognize their reasons for doing so and stated it would not affect their friendships with them. That’s class, and it’s a shame all PGA Tour members aren’t acting the same way. But I doubt if McIlroy, Woods and Monahan will act any differently. I suppose if perched in a $50 million ivory tower like Tiger Woods in – guess where again? – Jupiter, I might not care either.

Come down to Earth, LIV haters, and do what’s best for the game of golf.

Feature photo: The author (left) attended the University of Miami on a golf scholarship sponsored by the Miami Herald in the name of then-sports editor Jimmy Burns.

Higher Learning: What Growing Up Around Tour Legends Taught Me about Golf and Life

Clubbin’ It in Clearwater