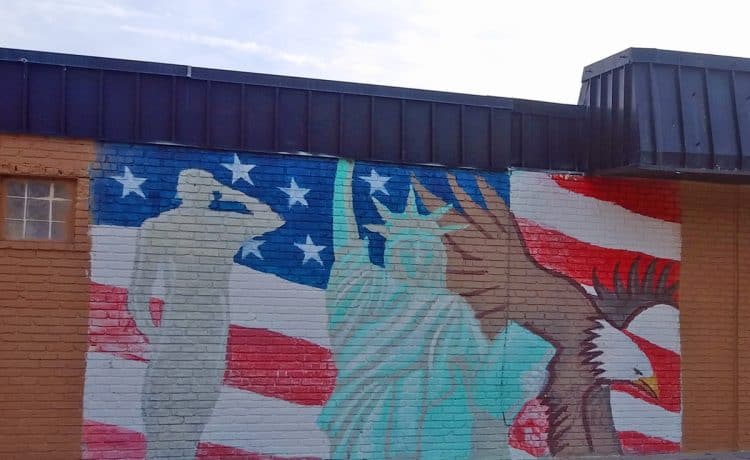 Clearwater boasts many colorful murals. In this fourth installation of the series on Clearwater’s Magnificent Murals, we take a look at the Gateway area.

Peace Offering is located at Vet’s Discount Flag Service, aka The Flag Company, at 1360 Cleveland Street. The mural pays homage to Florida’s rich Native American history. Inspired by the Florida seal – found in the heart of the Florida state flag – Brian McAllister and the Gibbs High School Mural Club depict a woman protecting the land from a storm on the horizon. See the mural painting in action and hear from the muralists here. One particularly beautiful mural shows on the side of Katie’s Cookies at 1401 Cleveland Street shows some landmarks in downtown Clearwater, such as the Memorial Causeway and Jolley Trolley. The 55-foot-long Clearwater Mural was painted by Ana Livingston. It required 45 days to complete and is located on the side of Honka Auto Repairs at 1266 Court Street. The 45-day slideshow of the project can be found here. This colorful mermaid mural can be found at the Conch Czar, which offers Cajun Caribbean Fushion – at 1401 Gulf to Bay Boulevard. Alright it’s tiny, but it’s still a painting on the side of a wall. This American flag can be found at the Hillcrest Motel at 26 S. Hillcrest Avenue – just across from the Conch Czar. Here’s a colorful one at Philly Joe’s Steaks & Hoagies at 405 S. Missouri Avenue – a great place to get a Philly cheesesteak or other sandwich, I might add. More of a modern artword with plenty of colors, the mural at Waxin’ Willy’s at 1196 Court Street really catches one’s eye. Red, white and blue like a barber pole. I wonder what it could be? Yup, it belongs to none other that Harry’s Chop Shop at 1143 Court Street. You’ve no doubt passed this building frequently – P.J.’s Auto World Classics at 1370 Cleveland Street. But did you know on the side there’s a semi-hidden marine mural that’s quite wonderful? This green, white and red mural – which needs a bit of restoration – can be found on the side of Señor Bubbles at 1408 Cleveland Street. And finally, a mural that pays homage to America – with a soldier, the Statue of Liberty, a bald eagle against a backdrop of the American flag. This patriotic mural can be found at Sphinx Hookah Bar on the corner of Highland Avenue and Gulf to Bay Boulevard. Do you know of any more murals? Let me know at kellyshannonkelly@yahoo.com.

Check out the other parts of the series: 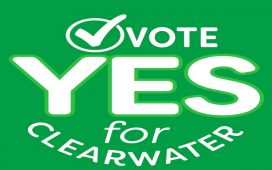 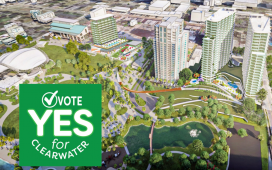 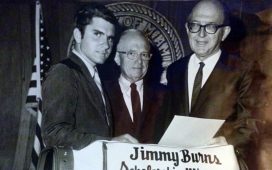 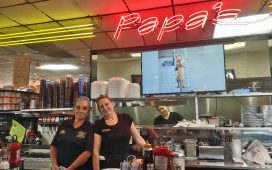 Nothing Could Be Finer Than This Li’l Diner 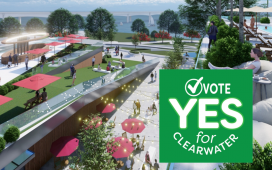 Yes for Clearwater! in Photos