The candidates running for city council in two seats were given 1 ½ minutes to answer each question from the approximately 60 audience members on topics such as affordable housing, districting, sidewalks, and reasons why they wanted to run for city council. The candidates who are running for Clearwater City Council are:

The NAACP Clearwater/Upper Pinellas hosted the forum and provided literature about the organization. Bay News 9 came out to video the candidates and a portion of the forum. Questions for the candidates came directly from the audience. The League of Women’s Voters were also in attendance to register voters. Note: The video camera stopped a few times for no reason. Sincere apologies for inadvertently cutting off anyone’s remarks.

The Clearwater MLK Center is a nonprofit organization dedicated to helping the residents of our community with creative solutions to problems. 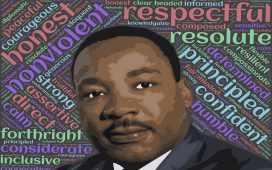