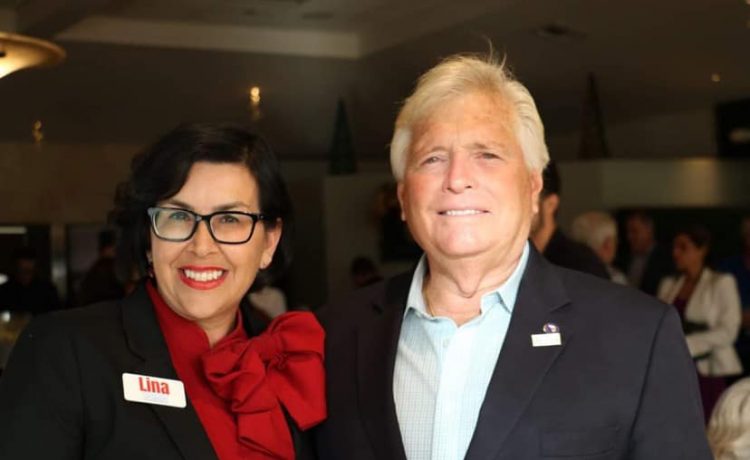 Running for political office requires a person with a thick neck and sometimes the ability to survive a few arrows to the back. it’s therefore quite a relief that it’s all over for Lina Teixeira, who came out on top in the race for Seat 5 on the Clearwater City Council that concluded Tuesday, March 15th. Clearwater’s government format is council-manager, meaning a five-member council including the mayor oversees a city manager and the city attorney. Clearwater has nearly 120,000 citizens, a city staff of about 1,800 employees and an annual budget close to $650 million. Outgoing councilmember Hoyt Hamilton termed out after eight consecutive years on the council for Seat 5. However, all five councilmembers are elected at- large on a non-partisan basis and each represents all residents and businesses in Clearwater. Lina ran for the council two years ago and lost, so it’s particularly satisfying to her that she won this go-round. “I’m very excited about lending my time and energy to helping our city continue to grow and flourish,” she said, adding that she will represent all neighborhoods. “It was a hard-fought battle, but now it’s time to heal and move forward.”

David Allbritton, who won election to Seat 4 on the city council in 2018, was reelected for another four-year term. Dave, born and raised in Clearwater, stated, “I’m grateful to be given the chance to continue my service to Clearwater. There’s still some unfinished business I’d like to see get done now that we’re getting back to a sense of normalcy in our lives.” This past fall, Dave helped choose the new city manager, Jon Jennings, as well as the new city attorney, David Margolis. He’s also been deeply involved in the launching of Imagine Clearwater, an enormous project to renovate and revitalize the waterfront bluff portion of the downtown area. The Clearwater City Council election coincided with other municipal elections in Pinellas County on March 15th. Only the two seats were on the ballot in Clearwater with about 19,000 voting – more than expected. For a breakdown of the results, which entailed three candidates in Seat 4 and three in Seat 5, visit votepinellas.com and follow the prompts. Current councilmembers include Mark Bunker in Seat 2, Kathleen Beckman in Seat 3, and Mayor Frank Hibbard – all three of those seats will be up for grabs in 2024. The Clearwater City Council meets every two weeks at the Main Library, and can be attended in person or viewed online on Facebook or at the city’s website myclearwater.com.