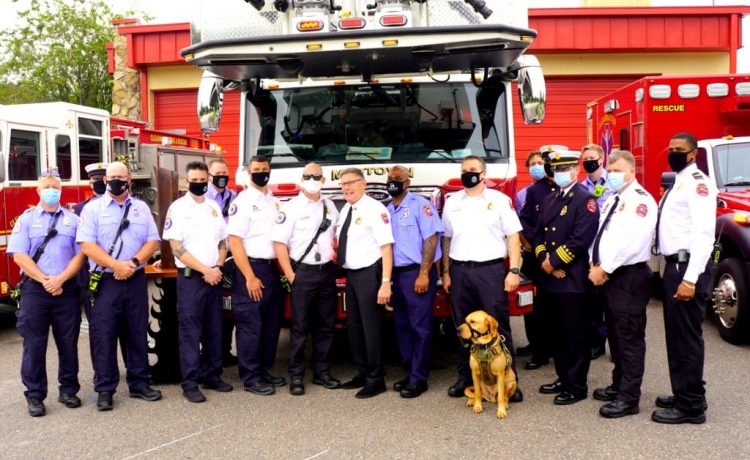 As it has done every September 11th since 2001, the Clearwater Fire and Rescue Department paused to remember those whose lives were tragically ended by the terrorist attacks.

Clearwater Fire and Police personnel prepared for the brief commemoration that began at 9:59 a.m. with a prayer and special tribute marking the 20th anniversary of the terrorist attacks in Washington, New York, and Pennsylvania. The significance of the day was not forgotten. The department also remembered the 343 firefighters who sacrificed themselves as they performed their duty at the World Trade Center. At the conclusion of the ceremony, the Clearwater Fire and Rescue Department also recognized its chaplain Father Jacob Monteleone who will be retiring at the end of the month. Assistant Chief Jevon Graham, Lt. Jason Thibault, and I took a moment to thank Father Jacob not only for his service to the department’s personnel, but also for his service as the priest of Clearwater’s Light of Christ Catholic Church.