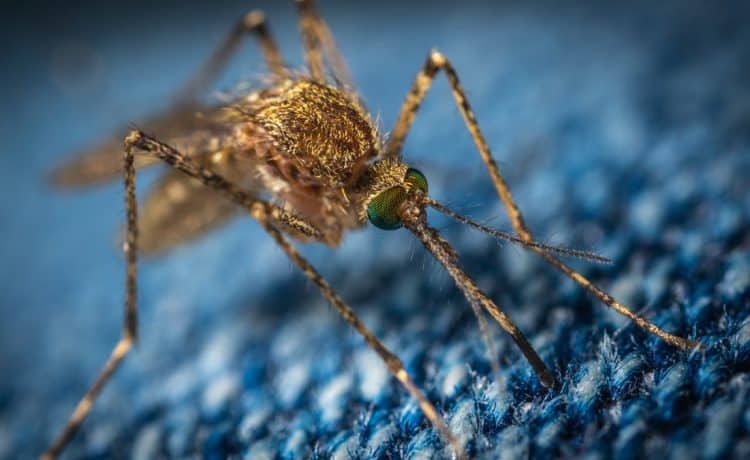 It’s been raining a lot in Clearwater lately and we know what that means: mosquito time. But a new and revolutionary initiative is about to dramatically shift the way the world now views mosquitoes. Nat Swatter, an entomologist for Friends of Mosquitoes & Miscellaneous Vermin (FMMV), seeks to reverse thousands of years of itchy hostility.

“I have successfully captured and rehabilitated mosquitoes,” Swatter recently announced. “By reprogramming the insect’s sensory system, it will choose to leave humans alone – that means we no longer have to kill them.”

SC Johnson, the makers of OFF and RAID, immediately repudiated the claim and filed an injunction order. However, FMMV already broke ground on a medical clinic and therapy center that will provide surgical facilities, doctors, support staff and an Italian blood bank for a 12 million-bed hospital. Red Welt Industries and Vermin Herman Toys are jointly manufacturing the special ¼- x ¼-inch beds.

A double-blind study utilizing mosquito decoys, background screaming by displeased Buccaneers fans and aroma from an unwashed Rush Limbaugh t-shirt revealed that people exposed to FMMV mosquitoes received no bites. Only when the Limbaugh t-shirt was removed did the insects revert to the behavior of Mongols that sacked China.

For a donation of only $19 per month, a FMMV membership will include a picture of the mosquito you’re helping, periodic updates on its condition and a “He Ain’t Heavy, He’s My Buzzer” bumper sticker. Offer void in states that sell electric bug zappers.

I’ve taken the liberty of asking Florida Senators Rick Scott and Marco Rubio to co-sponsor a bill in Congress for a national “Ditch the Itch” holiday. With the help of our elected officials, we environmentalists can encourage sensitivity toward preserving another one of nature’s fragile ecosystems. In turn, we will save millions of dollars a year in costs for bug sprays, anti-itch lotions and screened porches.

“Catching, rehabilitating and releasing mosquitoes back into the wild instead of smashing them against sweaty arms puts us on the road to new discoveries,” said Blacky Periplaneta, Senior Information Officer for the think tank American Institute of Research to Help End Asinine Deaths. “AIRHEAD looks to the day when we share the outdoors with what we used to consider swarms of flying Draculas,” he said.

Update – this just in at press time: A class-action medical malpractice suit has been filed against FMMV and AIRHEAD by the Indian firm So Sioux Me in behalf of mosquito patients at the hospital. A spokesperson cited overcrowded conditions at the hospital and low Italian blood supplies.