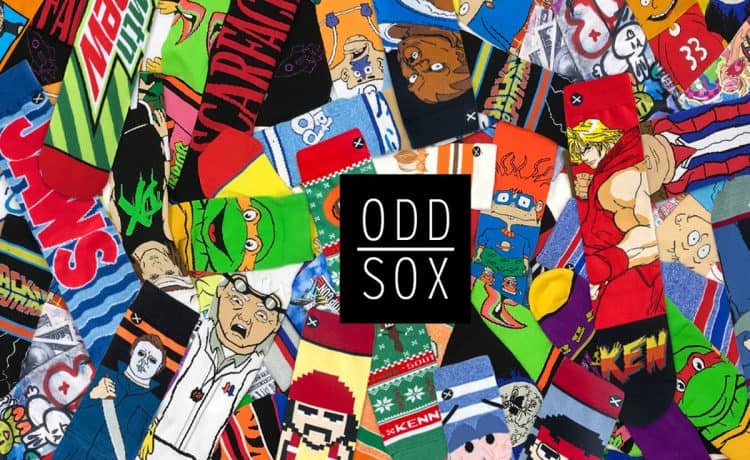 The idea of custom socks is not new; grandmothers have been knitting wool socks with their grandchildren’s initials on them for hundreds of years. In Clearwater in the 21st century, however, socks have become something of a cultural statement.

Welcome to OddSox, where you can pick from more than a thousand images of favorite snacks, cartoons, movie characters or other cultural icons and imprint it on a pair of socks or boxer shorts: a laughing SpongeBob SquarePants; an image of Al Pacino, aka Scar Face, holding his “little friend”; the original Jaws movie poster; Cheech & Chong — you name it.

And OddSox just happens to have their World Headquarters in Clearwater! 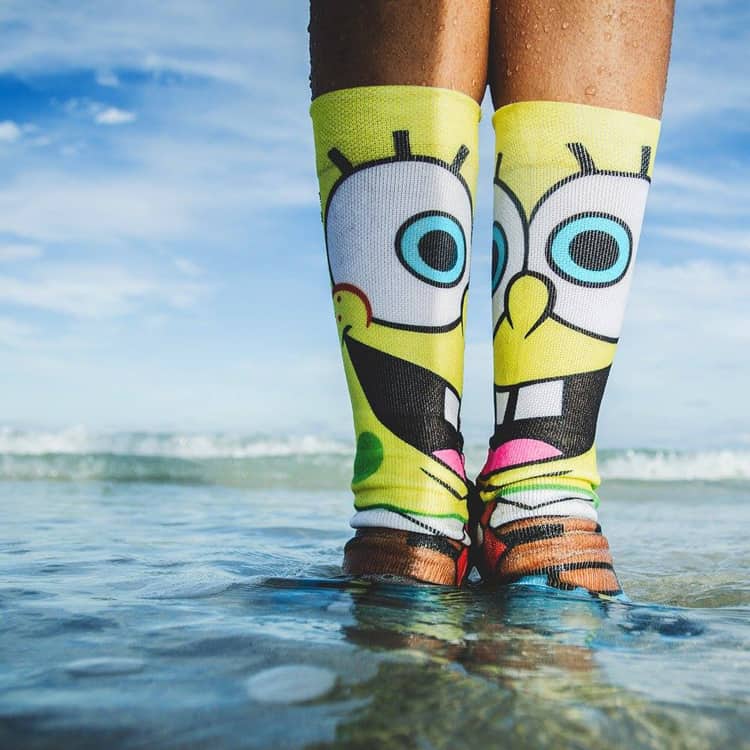 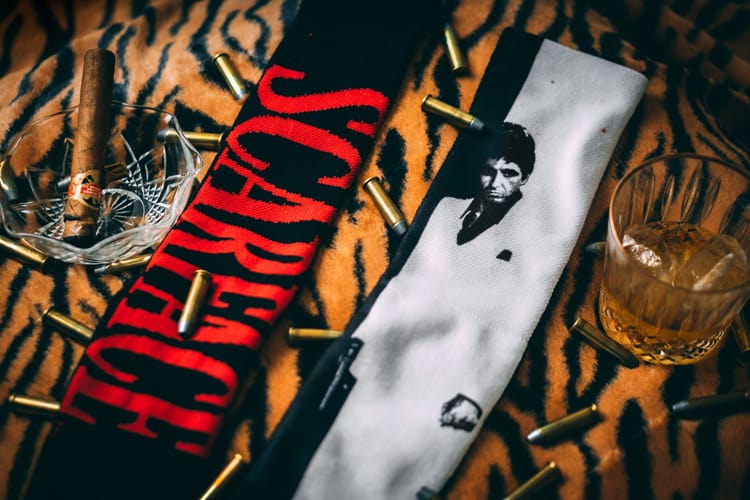 The company has taken custom socks to the next level, says Justin Brown, marketing manager for OddSox.

“The inspiration for the company was to create a product no one has ever seen before,” Brown says. “We created the brand of bringing one half of an image together with the other half of an image with two socks to form a single image.”

“Though our owners have been involved in clothing since 2013, we saw that there was a market out there that was not being taken advantage of,” he said. “We have a quality printing process for socks and boxer shorts and we have more than a thousand different images to choose from.” 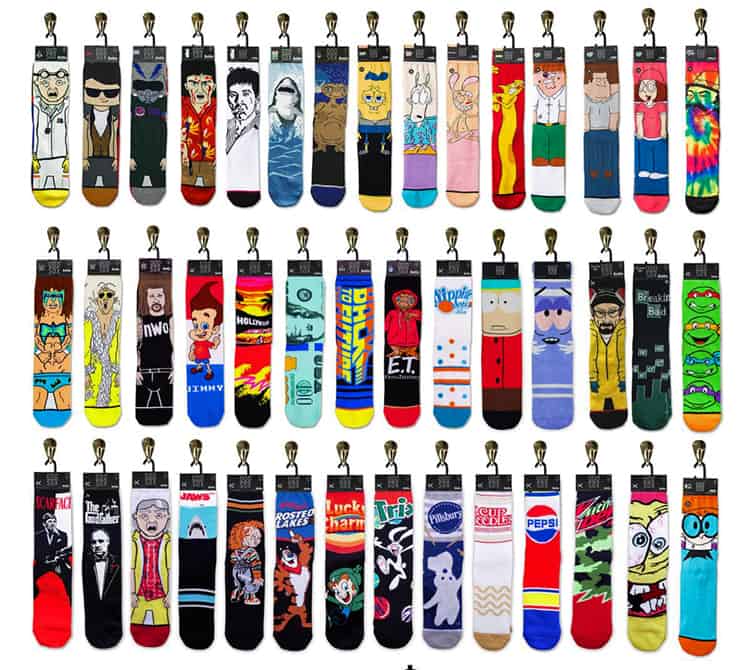 In addition to visiting the Highland Avenue store, customers can go to the company’s website, Oddsoxofficial.com, and view hundreds and hundreds of product images, including movies from Paramount Pictures (The Godfather, Transformers, Titanic); Universal Pictures (ET, Back to the Future, and others); the wrestling franchise WWE, and other well-known products. The company also has a storefront there called Sox R Us. 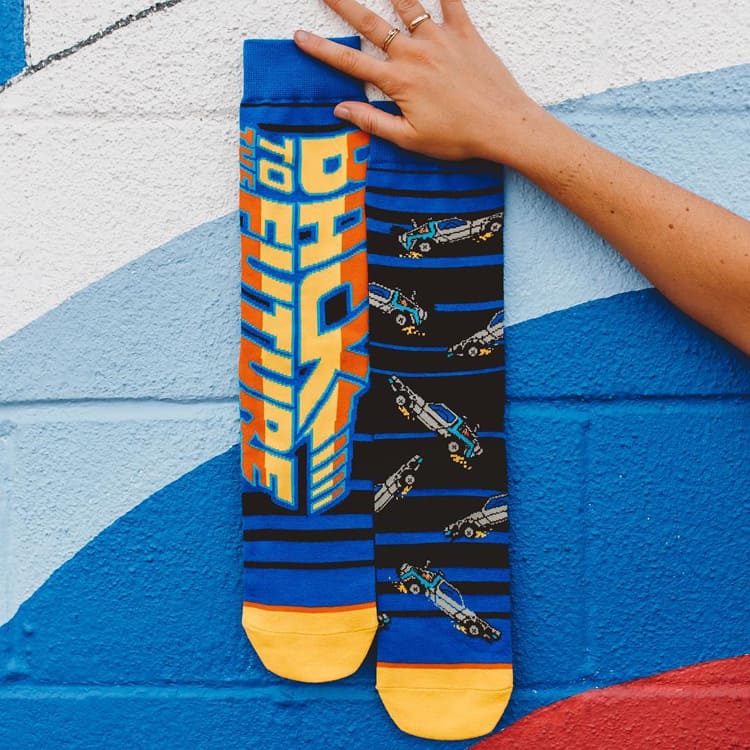 From there the company has grown, says Sales Manager Austin Hamilton.

“Our world headquarters are in Clearwater,” says Hamilton, who also works at the company’s 1277 South Highland Ave., location. “We started out very small in 2015, moved to a bigger office in 2017, and about nine months ago expanded into a much bigger office, all in Clearwater.”

In addition to the licensed images they hold, OddSox has a graphic design staff among its 15-20 employees in Clearwater, as well as a factory overseas.

“We design everything here in house with our graphic designers,” Hamilton says. Some of the images are knitted into the socks and our overseas facility can use sublimated printing to get the images permanently into socks and boxing shorts.” 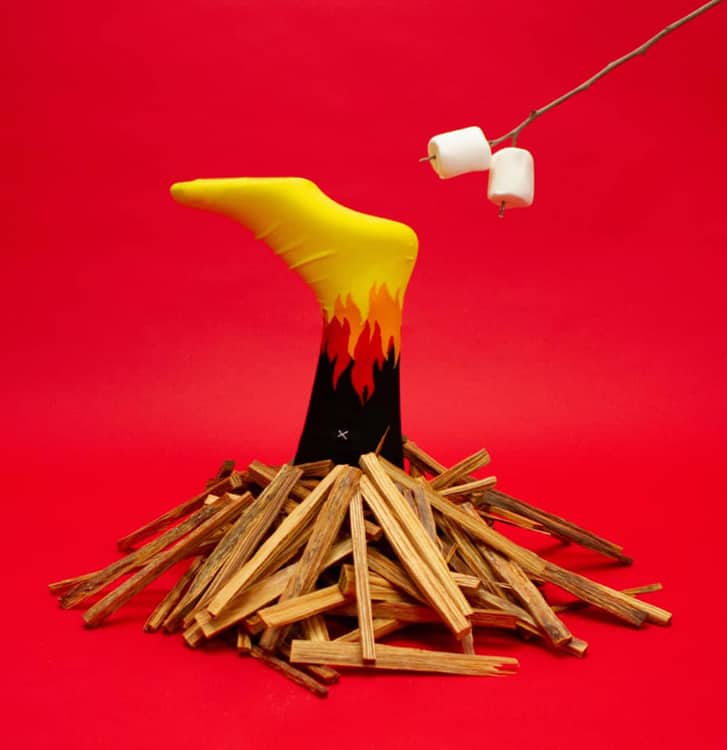 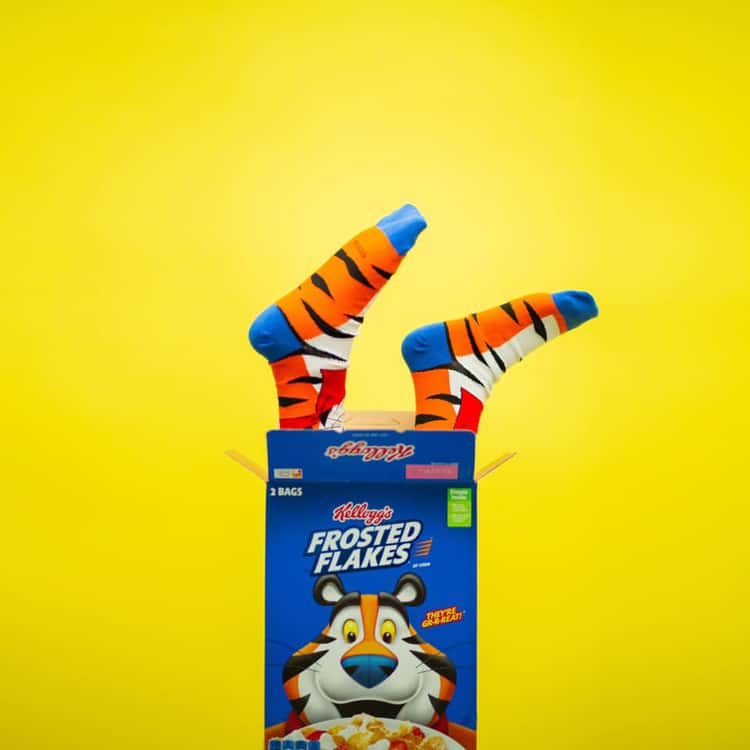 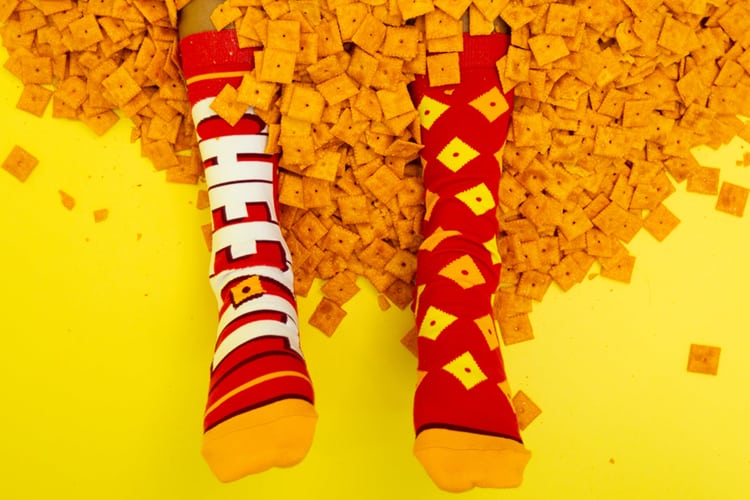 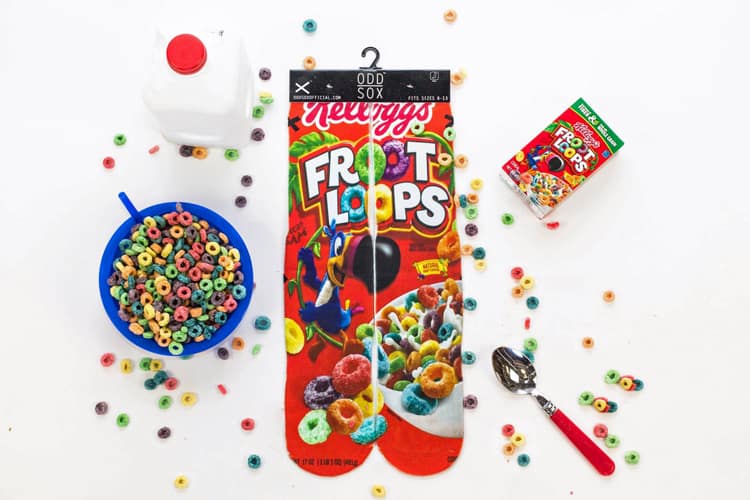 “We really enjoy ourselves here,” Hamilton says. “Our owner, Ahmad Akar, enjoys interacting with customers at the store. He’s a great guy to work for.”

In fact, most of the employees are childhood friends, Brown says. Ahmad, the owner, went to Tarpon High school, while others went to some East Lake High School. “We are all a bunch of kids who learned from the streets and learned together. Now we’re thriving, and that’s amazing,” Brown says.

“This was started on a dream by Ahmad, something he was able to not only build something unique, but something with everyone he grew up with in the Clearwater-Tampa area,” he says. “All of us have grown together and learned and kept our friendships as close as ever.”

Akar offers the Dollar Sox Box subscription, which lets customers receive a new pair of customized fashion, dress, athletic or basic design socks every month. Customers can set their own preferences as to design, logo, subject matter and whether the socks are design.

“Because you receive a box that delivers every month right to your door, you literally never have to go out and buy socks again,” Hamilton says. “The sox box is unique in that we release new styles every single month along with exclusive collaborations with some of the biggest names and brands in the world. Tell us a bit about your style and interests so we can fill your box with selections picked just for you. No two designs are alike, guaranteeing that you’ll always be surprised.” 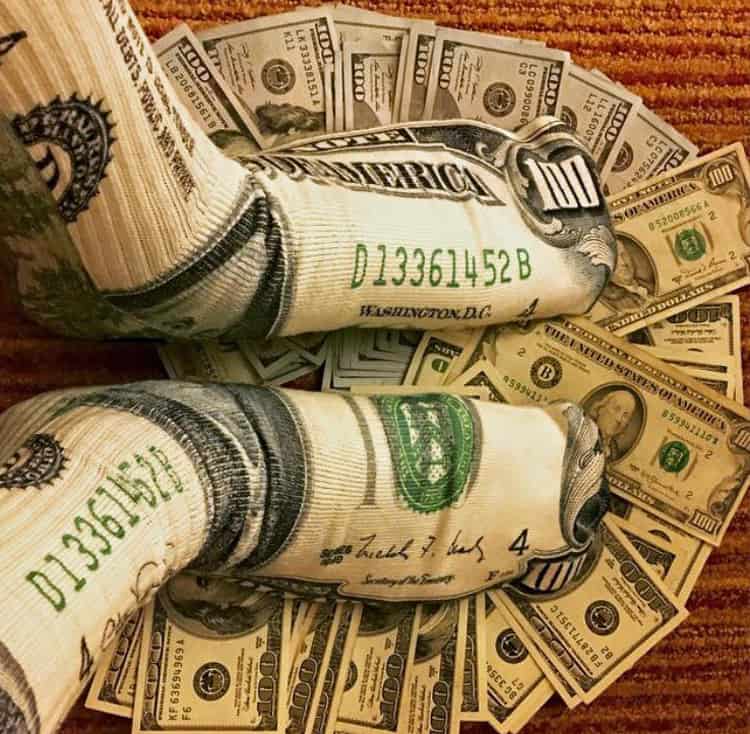 One pair is priced at $10 a month; two pairs is $20 a month, and four pairs, $30 a month. The company guarantees free shipping.

Customers nationwide and overseas can order the socks and boxer shorts online at its website. “We do fast shipping within a day or so, including business to business,” Hamilton says. “Even if you were to order one or two pairs, we get everything out within 24 to 48 hours.” 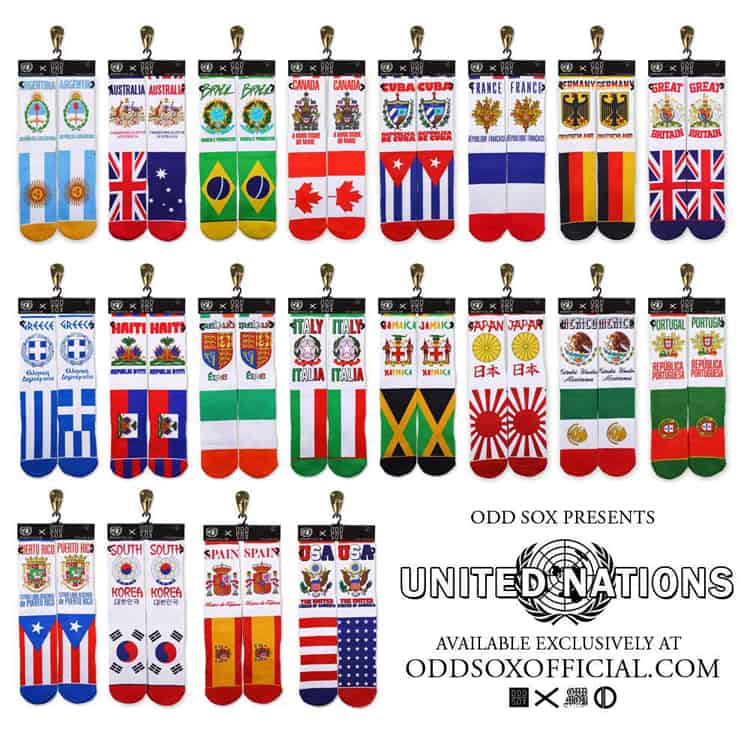 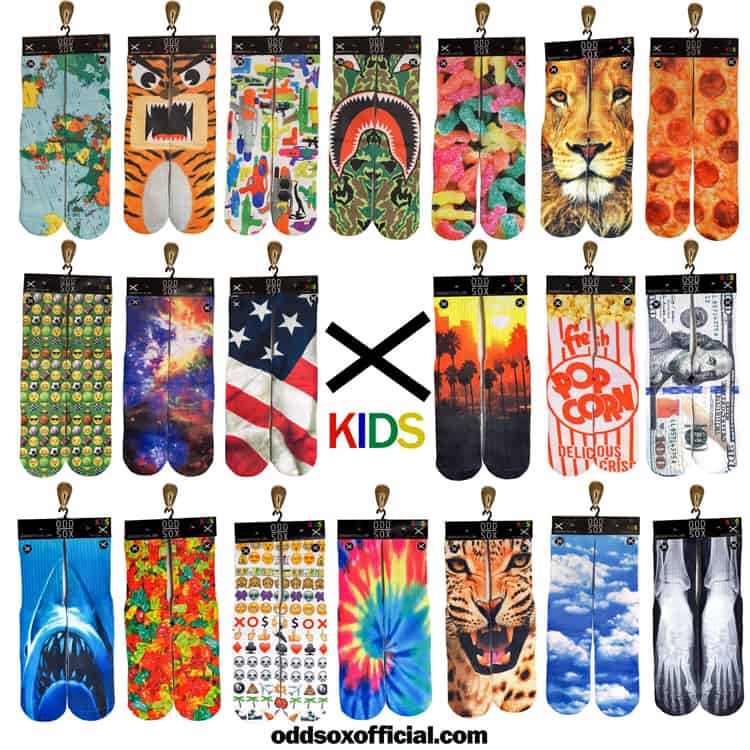 To keep up with the times and the (temporary we all hope) need for Covid-19 masks, OddSox has the world under control there, too. Top Ramen, tie die, puppies, Scarface, Hulk-A-Mania, cats, butterflies, and many more — there’s an anti-COVID-19 mask for someone on the site, at https://oddsoxofficial.com/collections/odd-mask. You can also view their masks video here.

All photos courtesy of Odd Sox 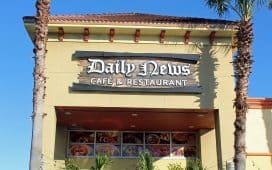 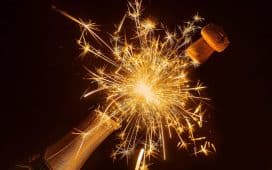