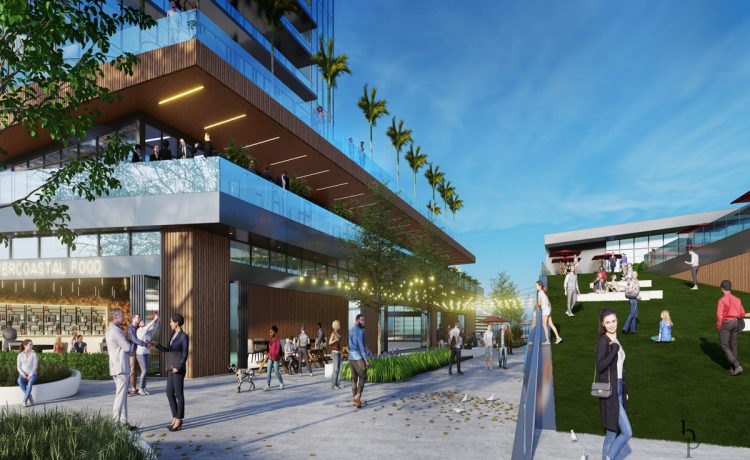 On November 8, Clearwater voters will be asked a referendum question on their ballot about the development of two city-owned properties located west of Osceola Avenue in the downtown core:

Shall the Clearwater City Charter be amended to allow the City, instead of selling the vacant City Hall and a portion of the former Harborview sites to the highest bidder at a public auction, to sell the properties to Gotham Property Acquisitions and The DeNunzio Group; who will create approximately 600 apartments and 158-key hotel, retail, entertainment, restaurants and cultural uses available to all Clearwater residents, as further described and limited by City Ordinance 9597-22?

The most common questions about this referendum are as follows:

1. How will this affect my taxes?

Favorably. We are turning unused vacant public property that is NOT TAXED because

2. How will this sale benefit the city?

In addition to a $400 million dollar tax base from the new residences and hotel, the increased number of people living downtown and visiting the hotel will enliven the entire downtown experience, benefit businesses, and generate additional dollars in sales revenue.

3. Who are the developers buying this property and where does their money come from?

4. After this building is competed, can it then be resold to a second party?

No, there’s a 30-year prohibition written into the deed that the land and developed hotel and rental properties cannot be sold to anyone for 30 years.

5. Will the apartment units be offered for sale or rent, and who will be the typical resident?

The 27-story twin towers are luxury, water-view, long term rental apartments only, not for sale as condominiums. The goal is to get full time working people, not snowbirds, to live, work and play in downtown Clearwater. The typical resident will be young families and professionals working at places like Morton Plant Hospital and other major employers downtown.

6. How will this sale affect the property that was purchased from the Clearwater Marine Aquarium, which was the subject of the last referendum?

Not at all. The city still owns the Pierce Street property that abuts the new Coachman Park’s north end parking lot.

7. How will this sale affect the plans for the park?

It is the last, planned part of the full development of the original 2017 Imagine Clearwater park plans, which has as its stated goal, the “activation” of Osceola Avenue. This development will complement the park with 40,000 square feet of retail, commercial and restaurant space in the two buildings – the twin residential towers on the Old City Hall site and the hotel built on a portion of the old Harborview site.

8. Will the public lose the ability to visit this property once it is developed?

The contract for sale includes an agreement that public access is guaranteed through the developed properties directly into the new park. The new buildings are constructed perpendicular to the waterfront to maintain water views while creating public, family-friendly amenities, such as restaurants, plazas and green spaces.

9. What will happen to the parking for the theatre?

The City, acting as the Community Redevelopment Agency (CRA), just concluded buying the corner lot on Osceola Avenue and Pierce Street from Peace Memorial Presbyterian Church. A 550-space six story parking garage is planned for this site on the same block as the theater which will actually create MORE parking spaces than are available now.

We cannot let this opportunity pass us by. The referendum when approved brings forth a $400 million project and almost 200 permanent full-time jobs as transformative investments in our downtown, converting city-owned publicly unused land with a zero-tax base into private 600 rental-only apartments and a 158-room hotel and conference center generating an ongoing $4 million in real property taxes. The approved design offers plenty of public spaces and cultural opportunities. Transforming Coachman Park via Imagine Clearwater is the first step; the second is the activation of Osceola Street along our beautiful bluff. Together they will realize downtown’s potential for all of Clearwater’s residents.

Click HERE for pictures, the referendum language, the Gotham Contract for Purchasing the Old City Hall site and the Harborview land site, the Gotham Development Agreement, and the Bluffs PowerPoint Presentation.