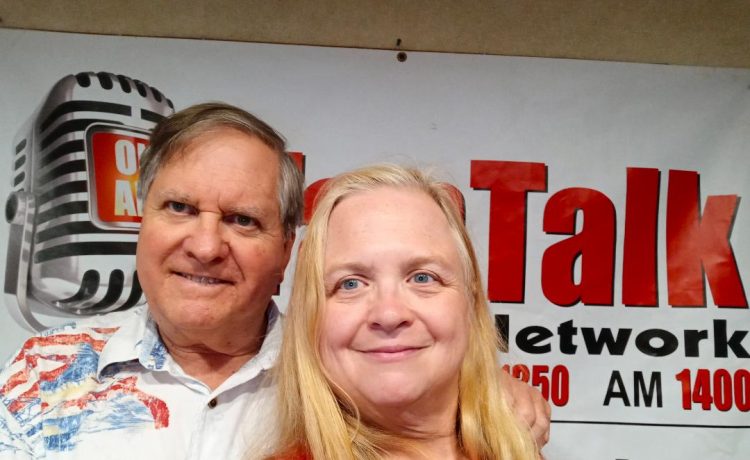 What historic event is coming up? A truly momentous occasion (at least for us). Wind back the clock three years from the first week in June 2018 to the humble beginnings of The Kelly Kelly Show. As our show’s third anniversary approaches, the show has grown right along with the TanTalk Radio Network of three stations on three AM and three FM signals that blanket Tampa Bay. The shows also appear on Facebook, YouTube and is podcast for posterity, each edition presenting interesting and entertaining interviews with politicians, business leaders, event organizers, sports figures and charitable organizations. It’s a G-rated good-time hour.

Doug and I would like to take bows and curtsies for the show’s growth, but much of that has to do with several factors:

1) Rather than putting guests up against the wall and engaging in partisan rhetoric, we keep the shows positive and upbeat.

2) While at times respectfully offering our personal opinions, we also give a platform to all points of view and every guest is treated with respect.

3) Our weekly time slot every Monday from 5 to 6 p.m. hits the height of the weekday afternoon rush hour, which translates to higher listenership.

We deeply appreciate the many kind words of encouragement from community leaders on our third anniversary, such as the following:

Joe Ayoub, Mayor of Safety Harbor: “This is a very big accomplishment and I know all your listeners appreciate the entertainment you provide to them. I hope there are many more years to come!” Leslie Waters, Mayor of Seminole: “The Kelly Kelly Show has been a great addition to the talk radio world here in the Tampa Bay area. Monday rush hour is definitely more bearable while listening to Kelly and Kelly.” Frank Hibbard, Mayor of Clearwater: “Congratulations to the Kelly Kelly show for three great years of serving the Tampa Bay region. You have informed your listeners about important issues with great guests, integrity and humor. Let’s look forward to many years to come!” Kathleen Peters, Pinellas County Commissioner: “I love your show! It’s refreshing to have a show like yours that shines a light on people who make Tampa Bay a better place to work, live and play. Keep up the good work, Kelly and Doug.” Chris Alahouzos, Mayor of Tarpon Springs: “Doug and Kelly Kelly have done a wonderful job of informing the people of what is happening in our communities, and I thank them for all the good words and promotion of Tarpon Springs.” Gus Biliraklis, Florida’s U.S. Congressman for District 12: “It has been an honor to appear as a guest on their program several times over the past few years, and I have always appreciated their efforts to provide fair and accurate information on the issues of the day. They provide a tremendous public service to the community.” Kanika Tomalin, Deputy Mayor of St. Petersburg: “The Kelly Kelly Show” is a great informational asset for our community. It’s always a blast to speak with Doug and Kelly as they are delightful, informed, respectful personalities that pack a heartfelt punch into the drive home. I’m so glad they are on our air.” Kathleen Beckman, Clearwater City Councilmember: “Kelly and Doug Kelly are an asset to our community and keep listeners informed and engaged; it is the first step towards positive change and empowering our community.” Sheri Heilman, Co-Owner of Heilman’s Beachcomber Restaurant: “Love being a part of your show — every time it is loads of fun. Thank you both for your contributions and commitments to the community. You are gems of Clearwater.” Charlie Crist, Florida’s U.S. Congressman for District 13: “Thank you for all you do to keep our community informed, and for the light and positivity you bring to folks each and every day!” Brian Aungst, Jr., Community Activist: “For three years Doug and Kelly have provided an entertaining and informative platform for great community conversations. Their passion for Clearwater and the Tampa Bay area is infectious and they have brought people together to better understand important issues facing our community.” Chris Latvala, Representative for Florida House District 67:” I always enjoy being on your show. Our community is better because of the work of Doug and Kelly.” The show is simulcast each Monday during the height of the afternoon rush hour from 5 to 6 p.m. on three Tampa Bay stations comprising the TanTalk Radio Network on six channels, including 1340-AM and 106.1-FM in Clearwater. The broadcasting arc encompasses Pinellas, Pasco, Hillsborough and Manatee counties.

Co-hosts for “The Kelly Kelly Show” are the husband-and-wife team of Doug Kelly and Kelly Kelly. He co-hosted radio shows for six years in Miami back in the 1990s, is the author of three books and an award-winning travel and outdoors writer. She is an award-winning travel writer, photographer, former President of the Florida Outdoor Writers Association and the creative owner-editor of Colorful Clearwater.com. Each edition of the show can also be seen and heard live on Facebook at The Kelly Kelly Show page and on YouTube.  The show is also podcast at internetradiopros.com.

“We decided to start a radio show that helps promote our community, ” Doug Kelly said. “It’s an opportunity to provide a platform to those who are proactive in making Clearwater and Tampa Bay a better place to live and visit.”

Kelly Kelly agreed. “In contrast to shows that are confrontational or argumentative, our show is upbeat, entertaining and informative to listeners — with a bit of satire and humor along the way,” she said. “As we begin our fourth year on the air, we intend to continue that format and service to the community.” 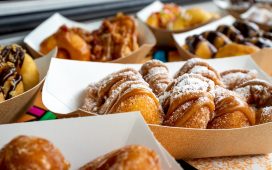 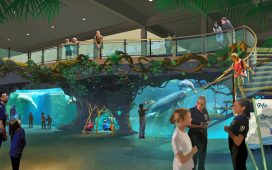 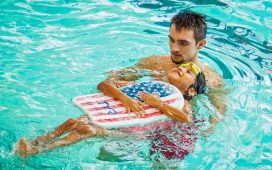 Be(long) to the Long Center