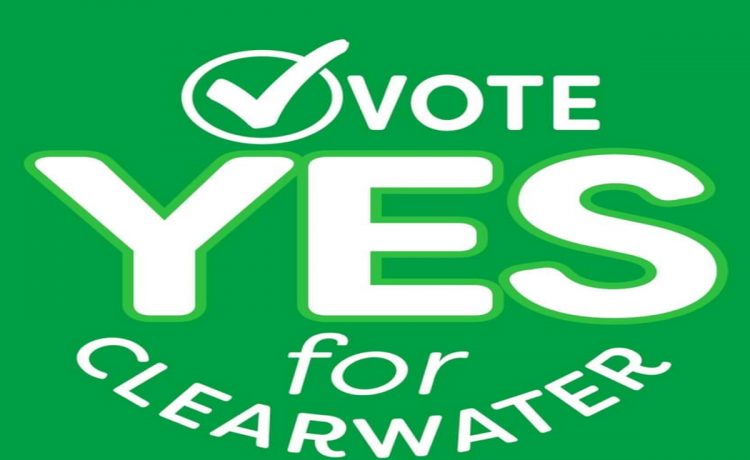 Clearwater voters have a remarkable opportunity in November to embrace a transformational investment in our downtown that will build on our momentum and benefit all residents for generations.

A referendum on the Nov. 8 ballot asks voters to approve the sale of the vacant City Hall and a portion of the former Harborview site along the downtown bluff to Gotham Property Acquisitions and The DeNunzio Group. The developer will build up to 600 apartments on the City Hall site and a 158-room hotel as well as retail, restaurant, and conference space on the Harborview site. There will be plenty of public spaces and cultural opportunities.

We have been waiting for this moment for more than two decades. Think of Imagine Clearwater, which is transforming Coachman Park into an urban oasis along the waterfront, as Act 1 in our metamorphosis. The redevelopment of these properties adjacent to the park is Act 2. We cannot get to Act 3 and fully realize the potential of our downtown unless we confidently proceed with Act 2.

This development will attract new investment into downtown. It will create good-paying jobs and support local businesses – and that benefits all residents and taxpayers. In the first year, this project will generate nearly $4 million in property tax revenue.

We have worked hard to ensure this project is a good fit and complements Imagine Clearwater. The properties will be accessible to the public and have family friendly amenities, from restaurants to plazas and green spaces. The two apartment towers on the City Hall site will be perpendicular to the waterfront, and we will not make the mistake of walling off our beautiful waterfront as other cities have done.

Financially, I am confident our return on our investment will be significant and benefit every Clearwater resident. This is a $400 million project, and the developer will pay the city $24.7 million for the properties. The city will provide roughly $25.5 million in incentives, including $22 million in parking revenues for two underground garages with up to 769 spaces.

Our development team has the perfect blend of national and local experience. Gotham Organization of New York has developed 35,000 apartment units and other projects while being led by the same family for five generations. The DeNunzio Group is an established Pinellas developer with grass roots connections to our community.

I entered politics after voters rejected a far different redevelopment plan involving these properties in 2000. There is no more time to waste. We should move forward with this visionary project that will seamlessly blend with Imagine Clearwater and benefit every resident. I urge Clearwater voters to approve the Nov. 8 referendum.

Frank Hibbard is mayor of Clearwater. Photos courtesy of The DeNunzio Group and Catalyst Communication.