When Being Odd Is Cool 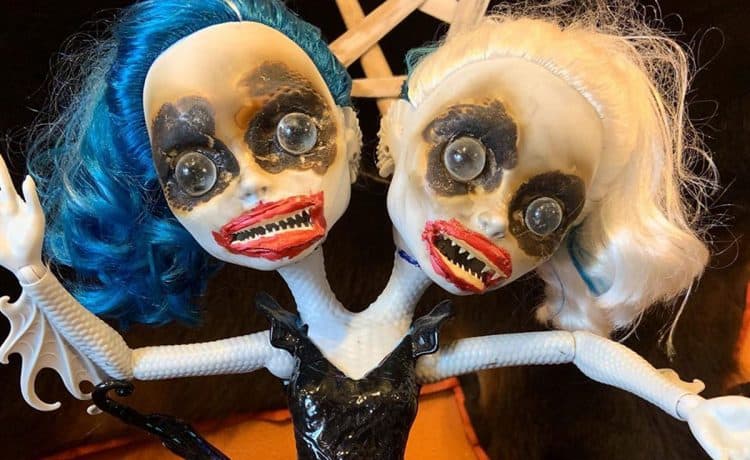 Are you fascinated by that which is unconventional? Do you look at the world a bit more whimsically than the average person? Do objects d’art and things that are odd, unusual and even macabre fascinate you? 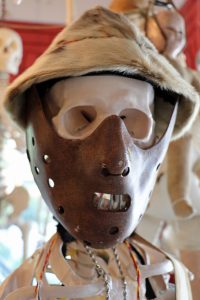 If so, don’t feel eccentric because I’m guilty as charged too. Drawn like a moth to a flame, last week Kelly and I entered a shop called “Oddities & Antiques.” 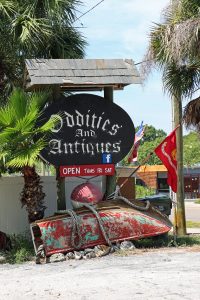 Anticipating to bear witness to things peculiar, weird, offbeat and abnormal, our expectations were exceeded. 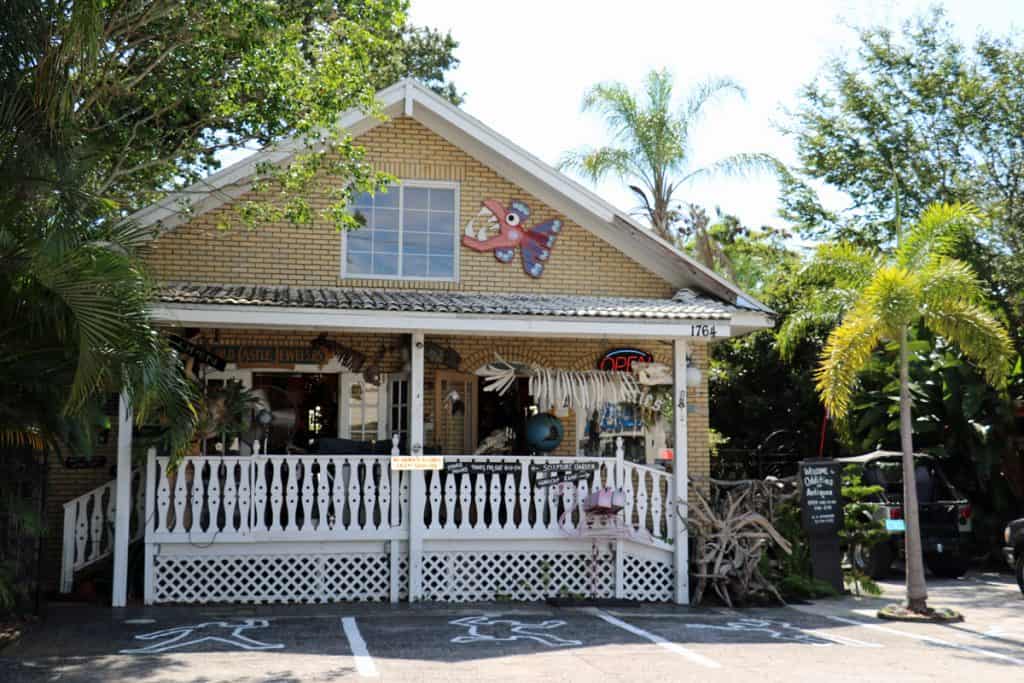 Hanging from ceilings and walls and stashed atop tables and inside display cases was an array of hundreds of curios so bizarre it tickled our senses. Here are just a few examples: 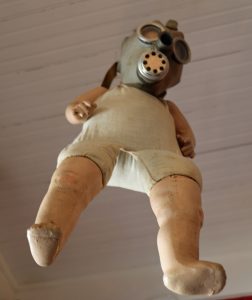 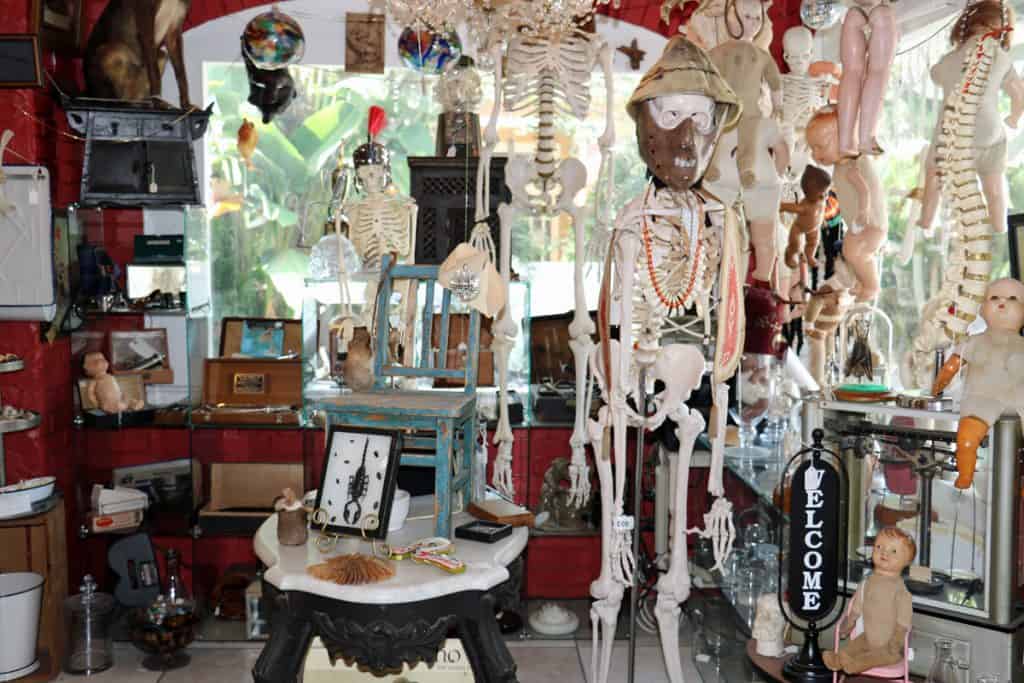 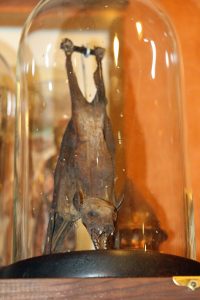 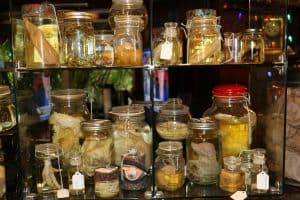 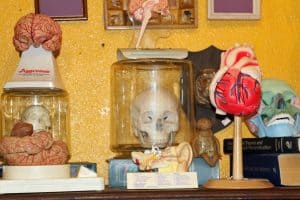 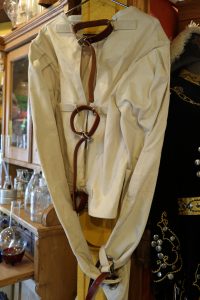 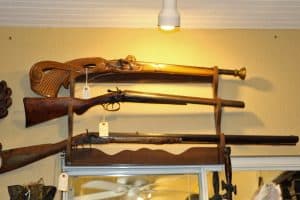 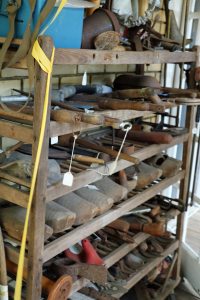 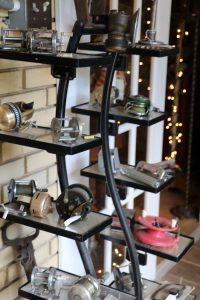 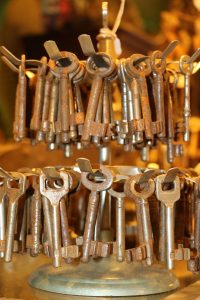 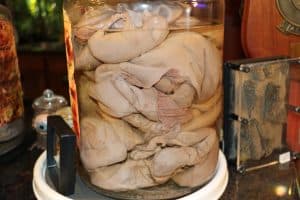 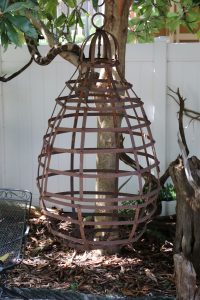 …including an antique decapitation device 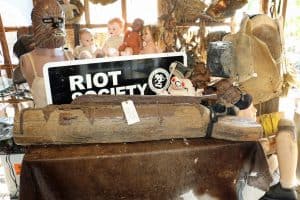 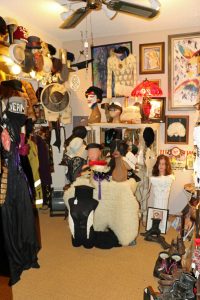 “Oddities & Antiques” is at once a museum, a slice of history and a wild ride through a world of the unconventional. Yet the store is not creepy or scary in the sense of worrying that your life may be in danger. Instead, the atmosphere is one of mystery and beguilement, as if in a Ripley’s Believe It or Not attraction except everything in this store is for sale.

Which brings up what you’re probably already wondering: Who in the world would own a place like this? Actually, he’s quite friendly and down-to-earth. Frank Miranda has owned “Oddities & Antiques” in Clearwater for eight years. An artist – many of the store’s driftwood and ornate metallic works of art are his creations – he was born in Sicily, Italy, and Clearwater’s been his home for the past 45 years. 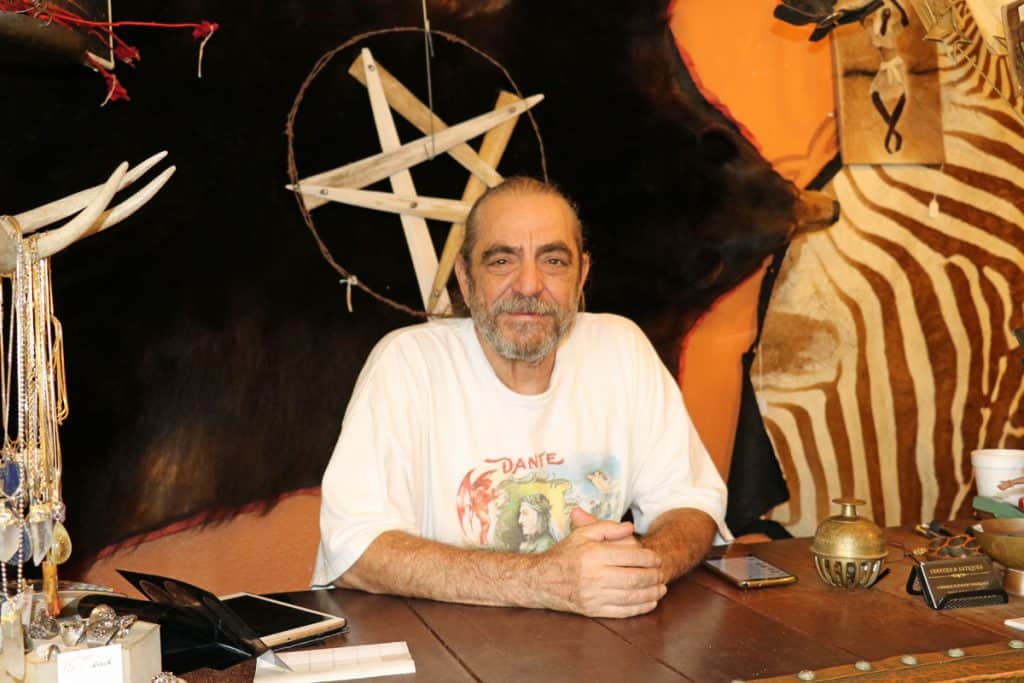 The store is open every Thursday, Friday and Saturday from 11 a.m. to 5 p.m. On the other days, Miranda is a world-roaming artist. As such, he often encounters items in far-flung places that would be atypical in even the most off-beat antique shops.

“I always bring back extraordinary and remarkable things,” said Miranda. “Some of it’s not always so pretty, but it’s always controversial.”

Besides his own travels, Miranda’s worldwide base of contacts alert him to unusual things they’ve found. And, when Miranda visits a new town, he checks out estate sales and auctions.

“At first I started collecting things for my own enjoyment, but after a while it dawned on me that an oddities store would be unique in Clearwater,” Miranda said. “Best of all, I enjoy showing people around the store – every piece has an interesting story.” 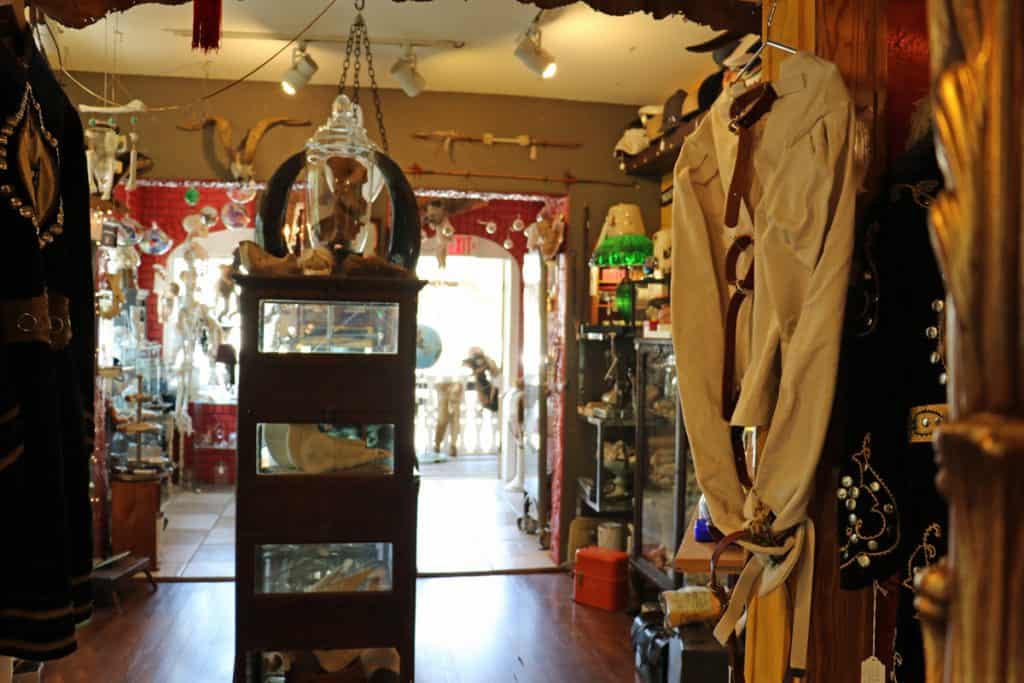 The courtyard contains its own collection of the odd and unusual. 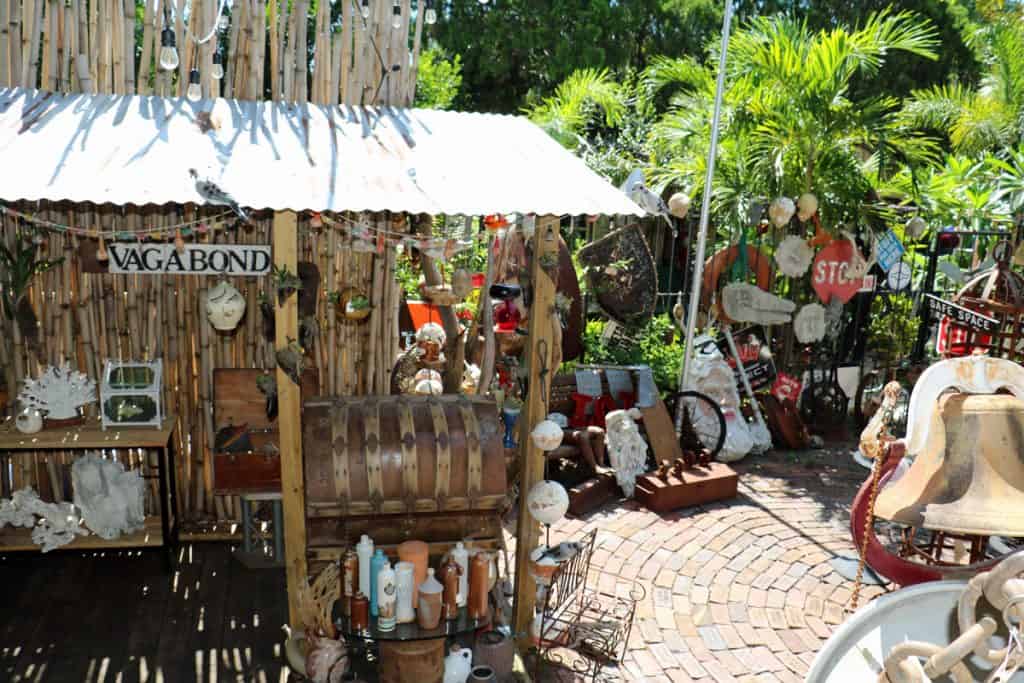 Check out the Oddities & Antiques Facebook page for items for sale. 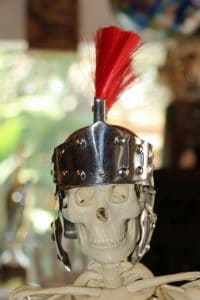 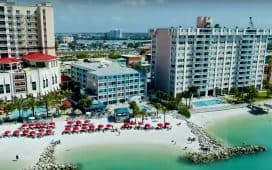 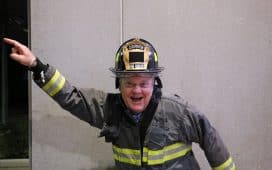 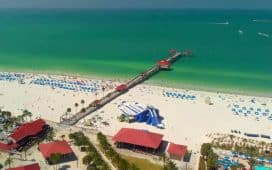 Experience the Sights and Sounds of Clearwater Beach 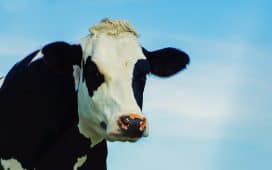 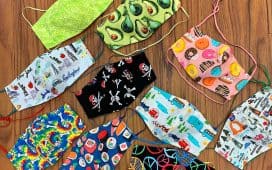 Looking for Colorful Masks in Clearwater? 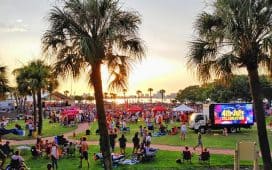 A Look Back: Clearwater Celebrates America in 2019